The use of biofuels to combat climate change is having an unexpected impact on air quality, according to UK researchers. 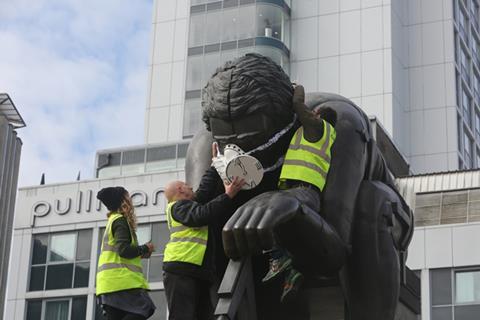 As part of the world’s switch toward renewable fuels, ethanol from biomass is being blended with gasoline in increasing proportions. UK petrol typically contains 5% ethanol. This will rise to 10% by 2020, but other countries, like Brazil, already use much higher proportions. In addition to reducing fossil fuel consumption, ethanol blends can cut emissions of some air pollutants such as carbon monoxide and particulate matter.

However, scientists from the University of Leeds and the University of York have now shown that ethanol blended fuels could also have environmental drawbacks. The team sampled London’s air during 2012 and found significantly higher levels of atmospheric ethanol, and its related oxidation product acetaldehyde, than those predicted by the NAEI, the UK’s national emissions estimate. In fact, current models underestimated acetaldehyde levels by up to a factor of 40.

Despite their importance in the urban atmosphere, ethanol and acetaldehyde are seldom studied. ‘Because they’re not part of air quality regulations, they’re not routinely measured,’ explains Rachel Dunmore from the University of York, who led the study. ‘We know that they can have adverse health effects or other air quality effects such as ozone production, so the fact that we observed high levels of them piqued our interest.’

Acetaldehyde is a respiratory irritant and a suspected carcinogen. Engines can generate acetaldehyde, as can ethanol being photo-oxidised in the air. In addition, both ethanol and acetaldehyde are active in other photochemical processes such as ozone production, long after they are emitted. Because ethanol is long-lived, increased emissions from somewhere like London could result in increased ozone production in downwind areas.

Commenting on the work, Paul Monks from the University of Leicester says: ‘This nicely shows the growing importance of oxygenates potentially coming from renewable fuels.’ Monks is Chair of Defra’s (the UK government’s Department of Environment, Food and Rural Affairs) air quality expert group, which raised similar concerns about the consequences of acetaldehyde emissions from biofuels. ‘Our advice was that we need a change in air monitoring strategy to better understand the impacts of these non-traditional air pollutants and I think this paper experimentally reinforces that point.’