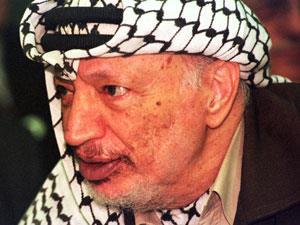 French investigators have concluded that Yasser Arafat did not die from polonium poisoning. They concluded that measurements of polonium-210 taken from his exhumed body are consistent with a natural origin, ultimately from radon gas. This puts them in open disagreement with an earlier Swiss report.

François Bochud, an author of the Swiss report, rejects the suggestion that the presence of radon in the tomb could explain levels of polonium-210 and lead-210 that they detected. ‘There was 17 times more polonium and lead-210 per unit surface in the soil contaminated by the biological fluids under the body than the same type of soil away from the body in the tomb. If polonium [or] lead came from radon, why this discrepancy?’ He adds that radon concentrations in the tomb were ‘in the low range of what is typically found in soil’.

The French report has not been made public yet because it is part of an ongoing judicial inquiry. Nevertheless, Arafat’s widow is a complainant in the case and so was legally authorised to describe its contents earlier this week.

Other scientists remain puzzled by the polonium results and point out another important discrepancy in the mystery. ‘Mr Arafat’s immunological report was normal and anyone with a significant amount of radiation typically shows a suppressed immunological system,’ says radiochemist Jack Cornett of the University of Ottawa, Canada. Tests should have shown a significant depletion of white blood cells in his body, for example. Cornett praises the Swiss team’s methods but says if you put more weight on clinical evidence this would lead you to conclude that Arafat was not poisoned.

‘You have two sets of observations which are inconsistent. The grave site and personal possession analysis has excess polonium. I don’t know how to explain the technical observations and, since I am a radiochemist, I believe what they did. They did a lot of careful checks and they are good scientists,’ says Cornett. ‘However, given the preponderance of evidence from cancer patients all over the world,’ he says it seems impossible to die from radiation poisoning without showing any symptoms.

The levels of polonium-210 compared to lead-210 on his personal items stored after his death are anomalous, says Cornett. ‘It is very difficult to explain how you could get this anomaly unless someone had intentionally added polonium-210,’ he adds. There are issues regarding chain of custody with the evidence, he adds, both in terms of the personal effects but also the grave site, so purposeful contamination cannot be ruled out.

Atie Verschoor, a chemist at the Expertise Centre Environmental Medicine (ECEMed) in the Netherlands, believes the French got it right and she disagrees with the Swiss team’s findings. ‘There was a large variation in radioactivity, sometimes in the same parts of the body,’ she says of the Swiss report. She adds that the passage of time also made it very difficult to conclude Arafat was killed using polonium-210 given that so many half-lives have passed since his death in 2004. She also stresses there was no evidence of hair loss or bone marrow suppression, signs of radiation poisoning, when the 75 year old died.