New US ozone standard under fire

The US has strengthened air quality standards for ground-level ozone generating a backlash from industry, Republicans on Capitol Hill and even environmental groups. The agency tightened the standard from 75 parts per billion (ppb) to 70ppb on 1 October. 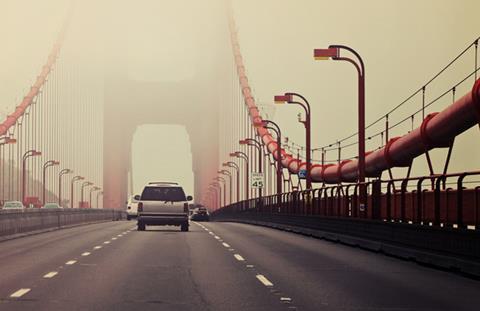 The updated standards will reduce Americans’ exposure to ground-level ozone, which is formed by reactions between nitrogen oxides and volatile organic compounds. It is hoped the new rules will improve public health protection, particularly for at risk groups like children, older adults and individuals with lung diseases like asthma, according to the Environmental Protection Agency (EPA).

The agency examined nearly 2300 studies in its review of the ozone standards, including more than 1000 studies that were published since the standards were last reviewed in 2008. The EPA concluded that the scientific evidence shows that ozone can cause a variety of problems for the respiratory system, including difficulty breathing and inflammation of the airways, suggesting that the revised standards will result in fewer work days lost to ill health, asthma attacks and premature deaths.

The agency estimates the public health benefits of its updated standards at $2.9 billion to $5.9 billion (£1.9 billion to £3.9 billion) annually in 2025, which it says outweighs the $1.4 billion in anticipated costs.

However, industry groups are not enthused. The president and chief executive of the National Association of Manufacturers, Jay Timmons, called the EPA’s new rule ‘overly burdensome, costly and misguided.’ He warned that the stricter ozone standard will ‘inflict pain on companies that build things in America’, and urged Congress to intervene.

The American Chemistry Council (ACC) said the agency’s action puts $10 billion in chemical industry investment at risk. ‘We are very concerned that some projects – new facilities, plant expansions and factory restarts – will remain in limbo until EPA explains how to obtain a permit under the new standards,’ the trade group stated.

When ozone standards are lowered, the ACC said they take effect immediately and so manufacturers who want to build or expand must apply for permits showing that their project will comply. However, the organisation said it often takes the EPA years to provide the needed rules and guidance. ‘We are also troubled by EPA’s lack of transparency with the underlying scientific data, and that the methodology the Agency used to assess impacts ignored indirect societal and economic costs,’ the ACC added.

Key Republicans have signalled their opposition to the new standard. Lamar Smith, the chairman of the house science, space and technology committee, stated that the agency’s new ozone rule ‘could be the most expensive regulation ever imposed on the American public’. He said it will put millions of Americans out of work and cost the US economy billions of dollars.

Republican Senator Jim Inhofe, chairman of the senate environment and public works committee, said the EPA’s decision to restrict the ozone is ‘yet another example of the Obama administration’s enthusiasm for needless regulation’. Since 1980, ozone-forming emissions have been cut by half, and the trend would have continued without setting a new standard, he added.

Some science and environmental advocacy groups were also unhappy. Gretchen Goldman from the Union of Concerned Scientists in Massachusetts, US, said the EPA’s new rule is relatively weak. ‘The EPA chose to set the standard here – the most lenient rule possible given the agency’s responsibilities to set the standard at a level that protects public health,’ Goldman stated.

The Sierra Club, a US environmental group, was disappointed too. ‘Lowering the smog standard from 75 to 70ppb is a modest step in the right direction, but it doesn’t go far enough to protect the millions of Americans living in communities with dangerously high levels of smog pollution,’ said Michael Brune, the Sierra Club’s executive director. In December 2014, the EPA proposed ground-level ozone standards within the range 65 to 70ppb.