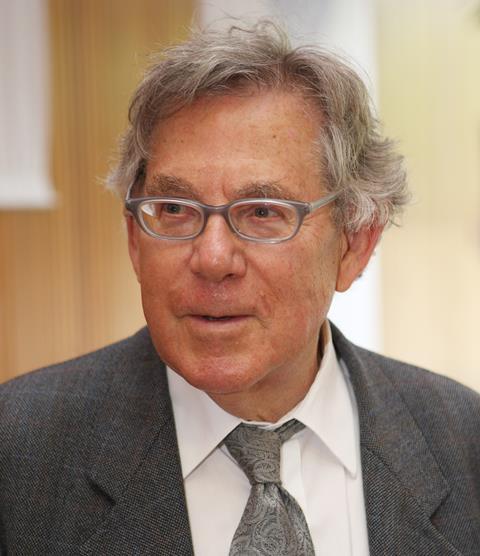 Paul Crutzen, the Dutch atmospheric chemist who was a co-recipient of the 1995 Nobel prize for chemistry for his work on stratospheric ozone destruction, died on 28 January at the age of 87 following several years of illness. His passing means that all three chemists who won that pivotal award for atmospheric chemistry are gone now. One of the other two co-recipients of the award, Mexican chemist Mario Molina, died just this past October, and the other joint winner, American chemist Sherwood Rowland, passed away in 2012.

Crutzen, who demonstrated that nitrogen oxides accelerate the depletion of the Earth’s ozone layer, popularised the term Anthropocene in 2000 to define the current geological era in which human activity is influencing the planet. He was also one of the early adopters of proton transfer mass spectrometry in atmospheric research.

‘Paul J Crutzen was a pioneer in many ways,’ said Martin Stratmann, president of the Max Planck Society (MPG), whose Institute for Chemistry’s atmospheric chemistry department was directed by Crutzen from 1980 until his formal retirement in 2000. ‘He was the first to show how human activities damage the ozone layer,’ Stratmann added. ‘This knowledge about the causes of ozone depletion was the basis for the worldwide ban on ozone-depleting substances – a hitherto unique example of how Nobel prize-winning basic research can directly lead to a global political decision.’

Crutzen continued his scientific activities for many years after retiring. Chlorofluorocarbon gases were banned and today the ozone layer is ‘slowly repairing itself, thanks to his joint work with Molina and Rowland’, the official Nobel prize Twitter handle stated.

Born in Amsterdam in 1933, Crutzen started elementary school just a few months after Germany invaded the Netherlands. His path to becoming an atmospheric scientist was not a straight one.

Crutzen began his career as a civil engineer and then was a computer programmer at Stockholm University’s meteorology department. After earning a PhD in meteorology in 1968, Crutzen went on to become a professor and researcher at various prominent universities across the world, including Oxford, Chicago and California. He published more than 360 peer-reviewed scientific articles and 15 books, becoming one of the most highly cited scientists in the world, according to MPG.

‘In the past few years, he grew increasingly concerned about the timely societal recognition of the extent and severity of climate change,’ the organisation said in its 28 January statement, calling him ‘a dedicated mediator between science, politics, and society’.

Crutzen is survived by his wife of more than six decades, two daughters and three grandchildren.