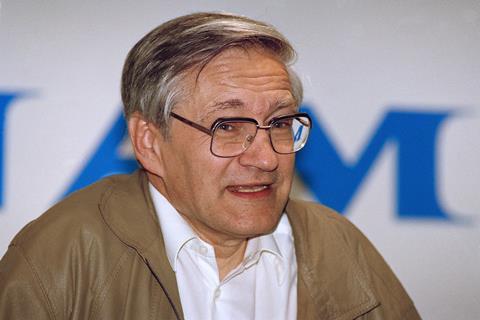 Swiss physical chemist Richard Ernst, who received the 1991 chemistry Nobel prize for his contributions to the development of high resolution nuclear magnetic resonance (NMR) spectroscopy, died at the age of 87 on 4 June. The International Electron Paramagnetic Resonance Society tweeted on 8 June that it was ‘mourning a loss of a giant of magnetic resonance’.

Ernst earned an undergraduate degree in chemistry from ETH Zurich in the late 1950s before going on to receive a PhD from the same institution in 1962. Afterwards, he worked as a research chemist for Varian Associates in California, US, which was one of Silicon Valley’s first high-tech companies. Ernst then landed a job as an assistant chemistry professor at ETH Zurich in 1970, where he remained for the rest of his career.

In announcing Ernst’s passing, ETH Zurich credited him with developing NMR spectroscopy and laying the foundations for magnetic resonance imaging. In 2010, Ernst confessed to Chemistry World that despite having made his name developing NMR he had barely ever run a ‘useful’ experiment using the technique.

When Ernst finally retired in 1998, he had been at ETH Zurich for nearly three decades, and a full professor for more than 20 years. At the university, he headed a research group focused on magnetic resonance spectroscopy and served at one point as director of the physical chemistry lab. In 2009, ETH Zurich even named a lecture series after him.

After retiring from ETH Zurich, Ernst delivered lectures internationally on topics such as magnetic resonance spectroscopy, the historical development of spectroscopy and the analysis of pigments in paintings using Raman spectroscopy.

Besides being a chemistry Nobel Prize winner, Ernst also received the Wolf Prize in Chemistry in 1991 for ‘revolutionary contributions to NMR spectroscopy, especially Fourier-transform and two-dimensional NMR’.

Ernst revealed in a 2011 interview with the blog Science Backyard that he was not a good student in his younger years and almost got thrown out of high school. He also often recounted that he carried out chemistry experiments in his basement as a youngster, sharing how his interest was kindled at age 13 when he found a case filled with chemicals in the attic of the house that had belonged his late uncle, a metallurgical engineer.

Besides chemistry, the other passion of Ernst’s youth was music. He played the cello, and even considering becoming a composer. ‘But surely, I selected the proper profession,’ Ernst told Science Backyard.