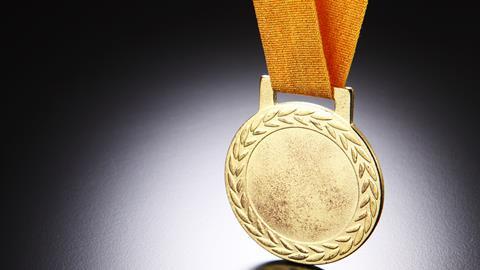 Outcry among scientists as Indian government moves to slash awards

The Indian government’s decision to scrap over 300 awards given annually to researchers across all scientific disciplines has stunned the country’s science community.

Although the government has not made any formal announcement yet, the minutes of a meeting chaired by the Home Secretary Ajay Bhalla on 16 September and attended by key officials from science ministries and departments conclude that now is the time for the ‘transformation of [the] awards ecosystem’. Government officials have not denied the authenticity of the minutes that are circulating in the media.

The minutes refer to prime minister Narendra Modi’s vision that the number of awards and awardees should be restricted and the process made more transparent. Of the 374 awards, the vast majority have been scrapped including all 138 private endowment awards, 207 of the 211 awards given by the department of science and technology and 34 of the 37 awards given out by the Indian Council of Medical Research. The new number of awards has not been spelled out yet.

‘Scientists are generally shocked,’ says Aniket Sule, an associate professor at the Homi Bhabha Centre for Science Education, part of the Tata Institute of Fundamental Research in Mumbai. People recognise that some of the past choices may have been flawed and not based on merit, and scientists will be happy with reforms, he says. ‘But scrapping awards is going too far.’

While the government has not provided any figures on savings resulting from the cuts, Sule estimates that they won’t be huge. ‘Scientists don’t feel they are happy just because they are getting some extra money,’ says Sule, ‘For them, it’s important that they are being honoured and their work is being recognised. The present system may not be perfect but whatever exists is [the] best of what is possible.’

In the past eight years under Modi, the number of civilian awards given to scientists has also plummeted . Scientists are worried that future awards may now be dispensed by the Prime Minister’s Office and used to reward followers.

The emerging awards environment has rattled younger scientists too. ‘Awards do make a difference as they motivate you to do more and better research,’ says Harendra Sheshma, a chemist doing his PhD at New Delhi’s Jawaharlal Nehru University. ‘There is much happening in our ecosystem which is demotivating for scientists and researchers. It will eventually push younger scientists to go abroad for doing their PhDs.’

Awards are important for mid- and late career researchers as well, says Sathyabhama Das Biju, a professor in the department of environmental studies at the University of Delhi. ‘Not getting proper recognition after decades of back-breaking research work and making contributions can be very frustrating,’ he adds.

‘If a young researcher is doing innovative research and gets an award, he gets psychologically charged and motivated – it’s a huge morale booster,’ says Krishna Kumar Agrahari, a chemistry PhD student at Banaras Hindu University at Varanasi. ‘These new developments will negatively impact and disrupt our morale.’ I know many researchers who have quit research due to financial problems and frustration, he adds. ‘The government should not demotivate researchers.’