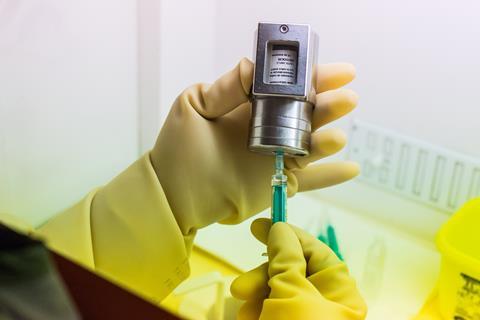 The Welsh government has proposed a national nuclear facility to supply medical radioisotopes to the whole of the UK.

Based in north Wales, this would entail a nuclear reactor as part of a public sector national laboratory, generating medical isotopes for the UK health service and beyond. It would cost an estimated £400 million.

Worldwide, just six nuclear reactors along with smaller cyclotron facilities largely supply all the radioisotopes required for disease diagnosis and treatment. A Welsh government announcement warned that by 2030 the UK could have a shortage of medical radioisotopes and face the prospect of rationing. The proposed Welsh project is called Arthur – advanced radioisotope technology for health utility reactor – and could operate for 60 to 70 years.

Supply disruptions can quickly affect patients, as it is impossible to stockpile radioactive medicines. Therapeutic radioisotopes typically have a half-life of a week to 10 days, while diagnostic radioisotopes as little as a few hours to a few days.

The gamma-emitter radiotracer technetium-99m with a six-hour half-life is especially important for single-photon emission computed tomography scans of bone, lung, heart and kidneys, for example. Its parent radioisotope is molybdenum-99, which requires the high neutron flux inside a nuclear reactor.

‘Over the last 10 years, there have been periods of downtime when there has not be sufficient technetium-99m worldwide for nuclear medicine in the clinic,’ says Christopher Marshall, director of the Welsh positron emission tomography (Pet) imaging centre at Cardiff University, UK, who advised the Welsh government on nuclear medicine for the project proposal.

The recent approval of lutetium-177 for treatment of advanced prostate cancer will greatly increase the number of patients treated by nuclear medicine, since prostate is such a common cancer. This too requires nuclear reactors for production.

We are on the verge of a surge in the use of nuclear medicine, says Wim Oyen, a professor of diagnostic imaging and radiotherapy at the Humanitas University of Milan, Italy, yet many of the reactors supplying medicines are old and scheduled for decommissioning. ‘For the last 20 to 30 years, especially since some older reactors in Canada went offline, we have been on the edge of production capacity,’ he explains.

Mechanical issues at a reactor in Belgium coinciding with a scheduled shutdown of a Dutch reactor led to a drop in supply and global concerns in November 2022. ‘A number of reactors produce molybdenum-99,’ says Marshall. ‘But most are elderly reactors that need to be shut down, and then the next generation of reactors needs to come online.’

The supply chain for nuclear medicine currently lacks resilience. Fluorine-18, for instance, is an essential component of a tracer for a Pet/CT scan that can detect metastasised prostate cancer, but only three sites manufacture the tracer in the UK, says Marshall. ‘There isn’t enough to meet demand,’ he adds, and its short half-life means it needs to be made close to hospitals.

Marshall says that year-on-year growth for Pet imaging is 26% in Wales, and this is predicted to rise 20% annually for the next decade at least. Oyen, who worked at an NHS cancer hospital in the UK, says that ‘the demand for nuclear medicine in the UK could be or should be higher if it was made available to all the patients who could benefit from it’.

Funding is now being sought for the Arthur facility from a range of sources including the UK government.