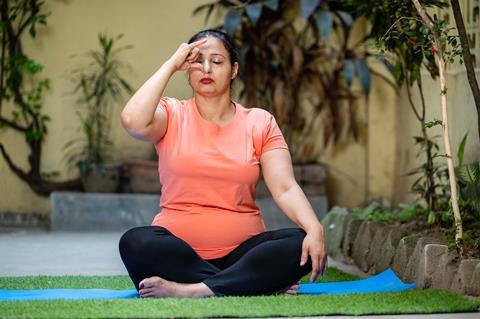 A raging Covid-19 outbreak in India has not hampered the promotion of some questionable science by the government, drawing the ire of some of the country’s scientists.

One example is the Indian science ministry’s funding of an Indian Council of Medical Research (ICMR) trial on whether reciting an ancient Hindu prayer, Gayatri Mantra, along with a set of deep breathing exercises in yoga could improve treatment of Covid-19 patients.

The chanting of the prayer is being evaluated along with ‘pranayama’ breathing exercises from yoga as a pilot study to assess inflammatory markers in hospitalised Covid-19 patients at the All India Institute of Medical Sciences (AIIMS), Rishikesh, under the ICMR.

Patients will be given instructions on chanting and breathing exercises through video-conferencing for an hour in the morning and evening in the hospital room or at home after discharge, for up to 14 days. The criticism is mostly aimed at the design of the trial, small sample size and pre-conceived bias.

Breathing exercises are expected to benefit Covid-19 patients, says Partha Majumdar, founding director of National Institute of Biomedical Genomics, Kolkata. But when they are mixed with chanting of the prayer, ‘it will be impossible to separate the effects of the two on Covid-19 patients’, he says. Even if the prayer has no effect, ‘which is the most plausible expectation, the beneficial effect of pranayama will show up as the confounded effect of both’, he says.

Scientists have also criticised the small sample size – just 20 volunteers. It is ‘too small a number for arriving at any inference, especially because we are still unclear about the rather large variability of Covid-19 symptoms during the disease and during recovery’, says Subhash Lakhotia, a cytogeneticist at the Banaras Hindu University. ‘The details available at the clinical trials registry also do not make it clear if the analysis would follow a blind protocol. I am surprised that such an irrationally planned research project, even if claiming to be a ”pilot” study, is approved for funding.’

‘A greater worry [with] such directed research is the pre-existing bias,’ says Lakhotia. Previous studies undertaken to ‘validate the claimed benefits of chanting Gayatri Mantra too suffered from a similar absence of rational planning. Such improperly planned studies are indeed typical of pseudoscience,’ he says.

On 7 May, India’s Ayush ministry that deals with alternate systems of medicines, ayurveda, yoga, unani, siddha and homeopathy, announced a nationwide campaign to promote polyherbal drugs for Covid-19 patients undergoing treatment at home. It states that ‘the efficacy of these drugs has been proved through robust multi-centre clinical trials’, but does not link to any peer-reviewed evidence for this claim.

In February 2021, India’s science and health minister Harsh Vardhan, himself a doctor and surgeon, was present at the launch of a ‘Coronil’ kit, containing three herbal medicines, which is claimed to boost immunity. It was formulated by self-styled ‘godman’ Baba Ramdev’s company Patanjali. Ramdev initially claimed Coronil was certified by India’s drug regulator and the World Health Organization (WHO). The WHO quickly clarified on Twitter that it ‘has not reviewed or certified any traditional medicine for the treatment [of] #Covid-19’.

The Indian Medical Association described the claims that Coronil could be used in prevention, treatment and post-Covid care as a ‘false and fabricated projection’ of ‘an unscientific medicine’.

‘In recent times we are witnessing a trend where governmental agencies offer funding to “scientifically validate” personal beliefs,’ says Soumitro Banerjee, a professor of physics at the Indian Institute of Science Education and Research, Kolkata, and general secretary of Breakthrough Science Society (BSS) that promotes scientific rationalism. The BSS condemns financial support for ‘ill-conceived research projects when mainstream science is suffering due to the lack of funding’, he adds.