UK radiochemicals firm Quotient Bioresearch has built the world’s first recycling plant for carbon-14, a radioisotope used to label drug compounds and probe reaction mechanisms. If successful, the facility may help to alleviate demand for the radiolabel, which has been suffering a supply shortage in recent years. 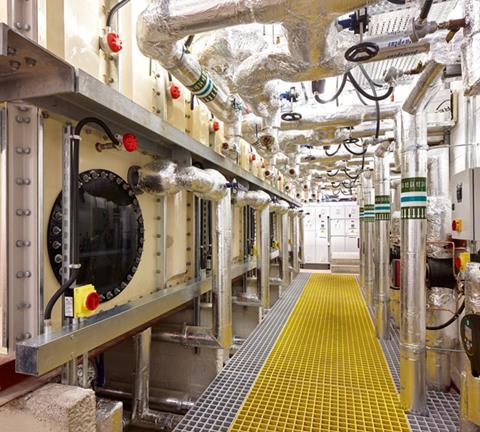 The price of the most popular precursor for radiolabelling, Ba14CO3, has quintupled in the last five years

Pharma companies use isotopic tracers to monitor how a wide range of drug candidates react and undergo metabolism in living organisms. Specific atoms, typically carbons or hydrogens, are replaced in the compound by a radioisotope of the same element. As the label does not affect the compound’s overall structure or its ability to react, it provides a good way to track the fate of molecules in complex systems.

There is a simple reason researchers use radioisotopes to monitor a drug’s performance, according to Mark Waring, director of Quotient’s radiochemical facility in Cardiff. ‘Radioactivity is very easy to measure,’ he says. ‘If you’re doing a first-in-human study of a pharmaceutical, we can put 100 units of radioactivity in – which is not very much material – and you can measure exactly what is metabolised and excreted.’

A popular precursor for radiolabelling is barium [C-14] carbonate, which can be converted to carbon dioxide for use in synthesis. This presents a supply issue, however. ‘Barium [C-14] carbonate is manufactured in a nuclear reactor in Russia,’ comments Waring. ‘There’s only one supplier.’

And five years ago, the Mayak reactor, which also provides medical radionuclides globally, stopped supplying the carbonate precursor. ‘In the intervening five years, the price in rough, round terms has gone up five fold,’ comments Waring. ‘There was a fear in the radiochemistry community that we may run out of raw material.’

Radiolabelling with barium carbonate also tends to produce a large amount of synthetic waste, which contains some carbon-14 (0.5% of the total amount) and carbon-13 (1.1%), but predominantly carbon-12 (98.4%). To solve both the supply and waste problems, Waring and his colleagues have developed a simple solution: recycle it.

Treating the waste as a feedstock, the team can thermally enrich it in a similar fashion to how  uranium was enriched during the Manhattan project in the second world war. First the waste is oxidised to form carbon dioxide in an electrochemical cell with a nitric acid electrolyte. Before the crucial enrichment step, it is converted to methane. The difference in mass between 14CH4 and 12CH4 is much more pronounced than between 14CO2 and 12CO2. This makes the isotopic forms of methane easier to separate by thermal diffusion, since lighter molecules diffuse faster and any changes in the diffusion rate will only arise from the carbon isotope mass difference. 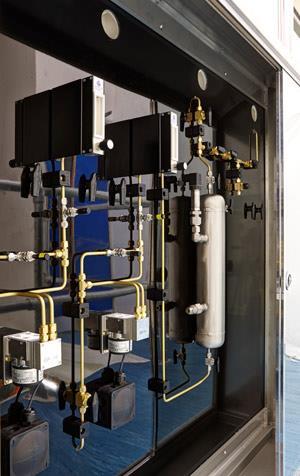 The gaseous 14CH4–12CH4 mixture is passed through a column with cold walls and a heated central rod. The lighter methane molecules will move towards the heated rod by convection, leaving behind 14CH4 by the walls. This enriched methane product is siphoned off and re-oxidised to form highly enriched carbon dioxide, which contains approximately 80% C-14 and 20% C-13.

To demonstrate the enriched carbon dioxide’s efficacy for radiolabelling, Quotient used it to label diclofenac, an anti-inflammatory generic drug, with the gaseous C-14 precursor.

After some initial challenges with the plant, Quotient is now ready to process its own internal radiocarbon waste stocks, and Waring says the company is recycling up to 30% of its waste streams. ‘The reason we are capturing 30% is because, while we’ve got 40 chemists doing synthesis in the building, we want them doing synthesis – we don’t want them processing waste all the time,’ he says. ‘So 30% is a target where, without having too much of an impact on production, we can still capture a significant amount of waste.’

Waring hopes that, in the future, such a facility will help to alleviate the burden of radiosynthetic waste in the research community: ‘There’s a commercial and environmental opportunity to reduce the amount of waste. If that waste just stays at a pharmaceutical company … ultimately, it will be sent off for incineration somewhere.’

Bill Lockley, an isotopic chemist from the University of Surrey, UK, agrees this plant will open up recycling opportunities throughout the industry that can only be of benefit to the environment. ‘Environmentally, the whole thing is a good idea,’ Lockley tells Chemistry World. ‘Overall, as an isotopic chemist in the isotopic community, it’s a really nice development – I am sure everyone is very pleased about it.’