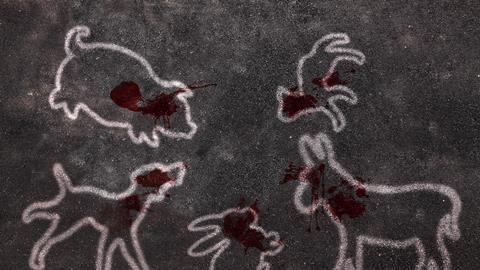 A quick and accurate test can tell human blood from animal, without destroying the sample. This could help forensic scientists onsite at hit-and-run crime scenes.

Animal and human blood are identical to the naked eye, but different at a biochemical level. Telling blood samples apart is particularly important in hit-and-run cases when suspects might lie that an incident involved an animal and not a human.

Now, scientists at the University of Albany, US, propose a method that combines spectroscopy and statistics to differentiate human and animal blood. The team first distinguished blood from humans, cats and dogs in 2015. The latest work looks at the blood of pets and species often involved in collisions with vehicles such as deer, rabbits and ferrets.

The team used attenuated total reflection Fourier transform-infrared spectroscopy to analyse samples directly, with no preparation needed. The team then applied a genetic algorithm to the resulting spectrum, selecting the most informative spectral regions. The chemical fingerprints of proteins, nucleic acids and carbohydrates were sufficiently different between humans and other animals that they could be told apart with excellent accuracy.

Even though the test can distinguish between human and other animal blood, it’s still impossible to tell different non-human animal blood apart – the relevant differences in blood between species are still unknown. With further development, the team says that the test could be a feasible strategy to analyse body fluids at crime scenes.