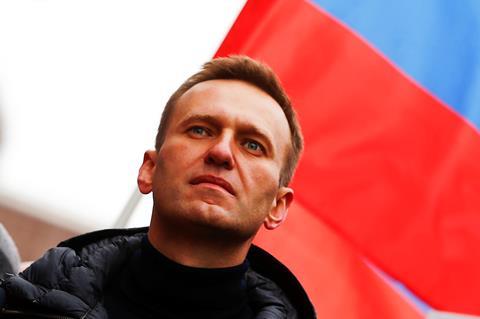 Following the 2018 poisonings in Salisbury, this time it’s Russian opposition figure Alexei Navalny who has been on the receiving end of a cold war relic – Novichok nerve agents. Once again chemists find themselves on the front line dealing with these weapons as another chemical detective story begins.

One of the earliest stories of chemical forensics uncovering a crime occurred in the UK almost 200 years ago. Chemist James Marsh was called upon by the prosecution in a murder trial to assess whether a man had been poisoned by his grandson using arsenic – also known then by the grisly nickname inheritance powder. His first efforts were not totally successful. Despite being able to infer the presence of arsenic by the formation of arsenic trisulfide as a result of passing hydrogen sulfide through tissue samples, the compound decayed before the trial and the jury was left unimpressed. Spurred on by this failure Marsh went on to develop a much more sensitive test using acid and zinc to liberate arsine gas from samples containing arsenic. When subsequently burnt the arsine left behind a telltale silvery–black residue.

Back then Marsh was searching for a single specific chemical. In Navalny’s case the forensic chemists would not have known what they were looking for. The fact that they were able to find it – quite likely at parts per billion levels – days after Navalny was exposed is incredible. The Novichok was likely first extracted from blood samples from Navalny using antibodies to target enzyme–nerve agent conjugates. Following removal of the protein the isolated nerve agent would have been subject to a battery of tests with the lab workhorse of GC-MS probably giving the team the first idea of exactly what they were looking at. Not only were the German scientists able to confirm that the weapon was a Novichok, but also that its structure was, reportedly, unknown to anyone except those who made it.

It is a testament to the trust that we have in analytical chemistry that we are now unsurprised that such rapid chemical detective work is possible. I’m certain Marsh would have been astounded by the molecular forensics that are possible today. We can marvel at how things have changed so much in such a relatively short amount of time.

The idea of a perfect poison has been a trope in literature for decades. The simple truth now is that there’s no such thing. The truth will out, and we have some incredible chemists and their tools to thank for that.