Research integrity may be linked to UK grants 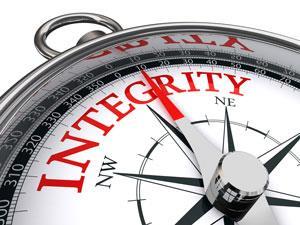 Universities UK (UUK), in association with several other UK funding bodies have published a concordat on research conduct and integrity that could become part of the grant conditions of the signatories. Organisations that have signed up to it include Research Councils UK (RCUK), the UK higher education funding councils and the Wellcome Trust.

The concordat outlines five commitments that researchers, their employers and their funders should uphold to support research integrity, including ensuring research is performed according to professional guidelines and that robust processes are used to deal with alleged misconduct. The document also states that funders of research ‘could encourage adoption of the concordat by associating it with their conditions of grant’.

The report also recommends that ‘employers of researchers should identify a senior member of staff to oversee research integrity and act as a first point of contact for anyone wanting more information on matters of research integrity’. Rick Rylance, chair of RCUK, said that the concordat ‘represents a balanced approach that responds to the legitimate concerns expressed by bodies such as the science and technology committee but will not entail a significant additional regulatory or cost burden on the sector’.

James Wilsdon, science policy researcher at the University of Sussex, welcomes the concordat describing it as a ‘timely and important initiative’ that has more substance than many collective statements of intent. However, while Wilsdon says he agrees that the commitments should not increase regulatory burden and will provide a helpful framework for the various ethics committees that already exist within universities, he asks whether it masks deeper tensions that can become a factor in malpractice. ‘Why do good researchers go bad?’ he asks. ‘Is the need for a concordat itself a symptom of a deeper malaise? Are the growing pressures of multiple systems of ranking, audit and assessment brewing an increasingly toxic culture in our universities, in which breaches of research integrity are more likely to occur? We need a more open and honest debate about this.’

The concordat was drawn up in response to the House of Commons science and technology committee’s report on peer review, which found oversight of the country’s research integrity ‘unsatisfactory’ and called for an independent regulator to oversee integrity. However the government rejected this idea and instead called for the current concordat to be drafted.

The UK Research Integrity Office (UKRIO) does already exist, although it does not act as a watchdog but instead provides advice on dealing with misconduct. The UKRIO was originally set up by many of the signatories to the concordat, but due to budgetary cuts is now dependent on research intensive universities in the UK for funding. In a statement the UKRIO also welcomed the publication of the concordat.