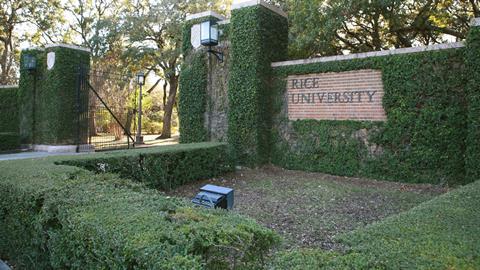 Rice University in Texas has paid the US government more than $3.7 million (£3 million) to settle allegations that it defrauded the US National Science Foundation (NSF) on research grants for almost 12 years, the US Department of Justice (DOJ) recently announced. The figure is double the amount lost by the US from these purported illegal activities.

Authorities began investigating Rice’s suspected misuse of NSF grant award money in 2016. These allegations included that the university budgeted for graduate student stipends in its research proposals but then used a portion of the funds to pay the students for teaching duties unrelated to the NSF awards.

‘As an NSF grant awardee, Rice falsely certified on each proposal, and each time it requested a payment under the grant, that it was complying with NSF award terms and conditions,’ the DOJ said. ‘Those terms and other applicable regulations require each grant recipient adhere to specific federal cost principles which state that costs must be necessary, reasonable and allocable to be properly charged to an award.’

The agency accused Rice of knowingly failing to follow these requirements and said the university intentionally engaged in a pattern of improperly charging graduate students’ stipends, tuition remission and related facilities and administrative charges to NSF awards from November 2006 through to the end of September 2018. As of March 2020, Rice had 215 active NSF research grants. The agency funds about 24% of all federally-supported basic research carried out by colleges and universities in the US.

Rice says it ‘strongly believes it complied with the law and with the relevant federal rules in all respects regarding this dispute’. Although the university does not admit any liability or illegal activity, it says it has agreed to pay the settlement in order to ‘avoid the delay, uncertainty, inconvenience and expense’ of protracted litigation with the federal government.