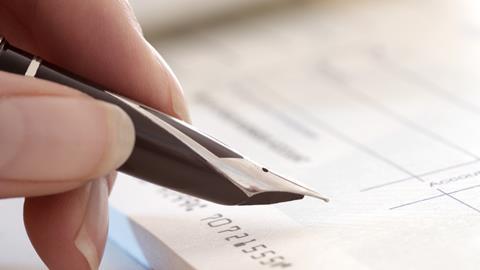 The European Anti-Fraud Office (Olaf) has revealed details of an elaborate research funding fraud carried out by an unnamed Greek academic.

The case concerns a €1.1 million (£960,000) European Research Council grant awarded to a Greek university. The funds were intended to support a project run by a young researcher and more than 40 international collaborators. However, suspicions were raised about how these ‘collaborators’ were being paid. While cheques were issued to individual researchers, these were personally deposited by the lead researcher into accounts with multiple beneficiaries.

Upon discovering this, Olaf said that it conducted a spot check at the university. The lead researcher refused to cooperate with the investigation, and so Olaf turned to the Greek authorities to gain access to the bank accounts in question.

When Olaf contacted the other researchers named in the research proposal, none were aware of the project or any payments related to it.

The investigation illustrates ‘the importance of being able to access banking records’ to expose fraud, said Olaf director general Ville Itäla. He added that the scheme ‘could have had significant detrimental effects on the reputation of the bona fide researchers whose names were being exploited’.

Following its investigation, Olaf recommended that the ERC recover the €190,000 share of the grant supposedly paid to the international researchers, and instructed the Greek authorities to begin legal action against the scientist.