Eight fellowships were awarded to female scientists this year, up from just two in 2014 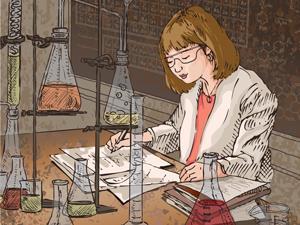 The Royal Society has awarded University Research Fellowships (URFs) this year to 38 of the ‘brightest young stars in science’, of which eight are female. In terms of gender balance this represents a modest improvement on last year, when the Society faced criticism for appointing just two women among 42 URFs.

The number of female fellows this year is similar to years before 2014. But there is still some way to go before the scientific community has a diverse and mixed workforce, admits Uta Frith, Chair of the Society’s diversity committee. ‘We are not complacent, we know this does not mean things are “fixed”,’ Frith says. ‘There are still too few women applying.’

Of 470 applications to the URF scheme, 23% were from women. Women accounted for 24% of the 170 shortlisted, and 24% of the 75 interviewed. Ten women were offered awards but only eight accepted, making up 21% of the fellows overall. The Society notes that the URF scheme tends to be dominated by the physical sciences, where male candidates are more common. A greater number of female candidates tend to apply to the Sir Henry Dale Fellowships for biomedical sciences, where this year women accounted for 43% of 102 applications and half of 18 fellowships awarded.

‘This is very welcome news,’ says Dorothy Griffiths, Provost’s Envoy for Gender Equality at Imperial College, London. ‘The Royal Society has taken what happened last year very seriously and looked very hard at its internal processes.’ The next step is facing the challenge of getting more women to apply. Studies in the US have shown that women are less likely to apply to high-status institutions and need more encouragement than men to apply, she says.

Athene Donald, the University of Cambridge’s Gender Equality Champion, is convinced the Royal Society is determined to make progress on diversity issues. ‘But fundamentally the numbers of awards made to women can only rise significantly if more excellent women apply and that means that  institutions themselves have to be supporting women at each step of the career ladder and encouraging them to apply. This requires proactivity and determination at the department and university level.’

An investigation last February was unable to identify a particular problem that could account for the low success rate for female candidates in the 2014 round of URF awards. Applications for the 2015 round got underway before the Society’s investigation was complete.