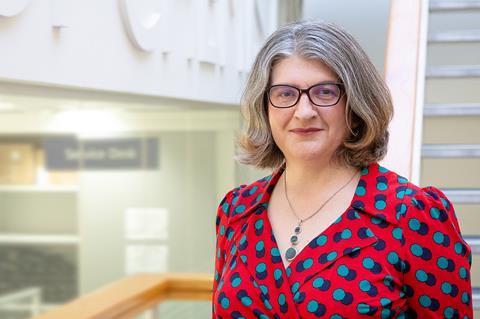 Helen Pain has been appointed permanent chief executive of the Royal Society of Chemistry, effective immediately. She replaces Robert Parker, who took up the role almost 10 years ago.

Pain became the organisation’s interim chief executive in January 2020, when Parker temporarily made changes to his working hours and announced he would go part-time to accommodate a double hip replacement procedure. In December, when Parker stepped down from the role to become an RSC ambassador, the search for his permanent replacement began.

Pain, who has a PhD in chemistry and joined the RSC in 1994, became deputy chief executive of the society in 2015. She has launched key campaigns at the organisation, including those aimed at addressing gender inequality in science, making chemistry more inclusive in schools and taking on sustainability issues.

‘My vision is to bring people and organisations together, globally across academia and industry, to lead programmes of change in areas that matter, for example science culture, sustainability and education,’ said Pain, who in 2018 was appointed a chair of the Science Council – a UK membership organisation for professional bodies and learned societies across the sciences.

‘There are significant opportunities, post-pandemic, to inspire future generations to ensure a skilled and diverse workforce for chemical science and for chemistry and our community to make the world a better place,’ Pain added.

Meanwhile, in his new RSC ambassador role, Parker is representing the organisation’s interests with the European Chemical Society and the Commonwealth Chemistry, helping to navigate the post-Brexit era.