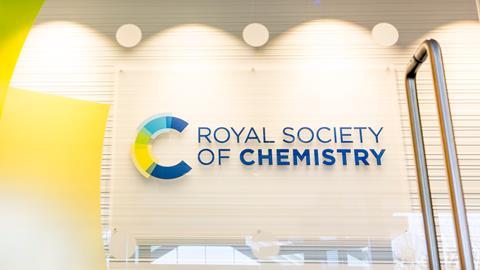 The Royal Society of Chemistry has announced plans to reduce its environmental impact over the next two decades. The organisation aims to reach net zero carbon emissions by 2040.

Speaking at the RSC’s annual general meeting on 8 July, the society’s president Tom Welton, and chief executive Helen Pain outlined new sustainability commitments. Pain explained that the society aims to reduce carbon emissions to 50% of 2019 levels by 2030, as a milestone towards the 2040 target.

‘Chemistry is at the heart of sustainability, which encompasses some of the most urgent societal challenges of our time; perhaps top of the list is climate change,’ added Welton. ‘It is essential that the RSC takes a leadership role on behalf of chemistry and chemical scientists everywhere, particularly with COP26 being held in Glasgow this year.’

The RSC plans to publish a full set of carbon accounts and its strategy for reducing carbon emissions alongside its annual trustees’ report later in the year. Welton explained that the organisation will assess the impact of all of its activities – from international travel, to which suppliers it chooses to work with.

In a statement on its website, the RSC notes that the new zero carbon emissions target is just one aspect of its strategy to ‘maximise chemistry’s contribution to sustainability’, and highlights its work on school curricula and public awareness campaigns as other examples of its commitment to keep sustainability in the spotlight. The organisation has also recently signed up to two initiatives that commit publishers and professional bodies to meet UN sustainable development goals.