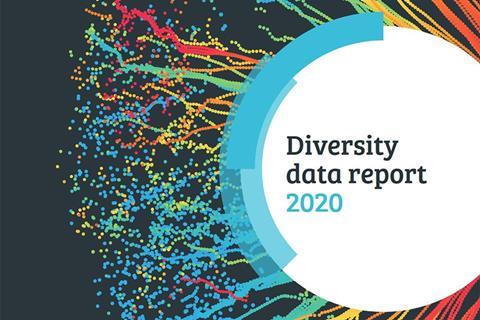 The Royal Society of Chemistry (RSC) is one of the first publishers to gather and report diversity data across the organisation, launching its first biennial diversity report on 16 December. These new figures for 2020 reveal the representation of women, racial or ethnic minorities, and sexual minorities among its leadership, prize and grant winners, and publishing pipeline.

‘In the past year alone, we have published findings of bias in scientific publishing, of exclusionary factors in schools, and of a worrying decline in career progression for women and ethnic minority academic chemists,’ said the RSC’s acting chief executive, Helen Pain. ‘For each of those issues and more, we have spearheaded action driven by the data.’

The RSC said the findings will be used to ensure it meets good practice, benchmark its current activities and reflect where the organisation can and should improve its services or processes. The RSC suggests that the report exemplifies the need for self-reported diversity data to make chemistry more accessible and inclusive.

When it comes to those sitting on the Board of Trustees that governs the RSC and makes appointments to its boards and committees, there was an even split between men and women. Of those who serve on the organisation’s governance bodies and division councils, 65% were male and 35% were female, and 92% of them were white and 5% Asian. 6% were disabled, and only 4% were not heterosexual.

An analysis of the grants the RSC awarded in 2020 found that men received 60% of them. And in the mentoring scheme 60% of mentors were male. Overall, 91% of these mentors were white, while 15% were disabled, and 91% were heterosexual.

The RSC also took a look at the membership of the editorial boards of its 46 journals. Of those who sat on boards in 2020, 57% were male and 43% were female. The ethnicity breakdown revealed 71% were white and 28% were Asian, while 2% had a disability, and all were heterosexual – although the response rate for this question was just 2%, well below the average of 28%.

As part of a joint agreement that the RSC spearheaded in 2020 to reduce bias in scholarly publishing, the society is currently working with more than 30 other publishers internationally to collectively improve data collection on diversity. The RSC’s next analysis of its diversity is slated for 2022.

‘If we are to ensure talented people thrive and progress in chemistry, we need much greater transparency in reporting the data that gives us insight into the barriers people face – and the ways we can remove them,’ Pain said.