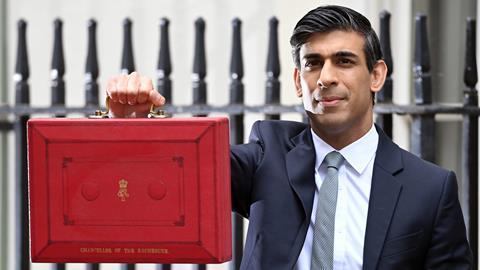 Experts in science and research funding have given a tepid welcome to the budget announced by Rishi Sunak, the UK’s chancellor of the exchequer, on 3 March.

The reaction is in stark contrast to widespread plaudits from the scientific community in response to last March’s budget, which promised big increases in government funding for R&D. At the time, researchers welcomed the UK government’s pledge to vastly increase public R&D spending to £22 billion by 2024–2025, with the wider aim to reach the target of 2.4% of its gross domestic product (GDP) on R&D by 2027.

Although the UK government may still be on track to achieve that goal — partly due to the collapse in Britain’s GDP since the pandemic started — details around the long-term goals on science funding remain a mystery.

The ‘announcement was light on specifics regarding how the government intends to use the strength of the wider scientific sector to build back better’, said Helen Pain, interim chief executive of the Royal Society of Chemistry. ‘While recognising the importance of the intention to continue to provide additional Covid support, the government must not forget non-Covid research.’

Kieron Flanagan, a science policy researcher at the University of Manchester in the UK, also emphasised the lack of specifics. ‘There were some glaring omissions,’ he says. For instance, Flanagan notes, it remains unclear how the treasury will pay for the UK’s agreed participation in Horizon Europe, the EU-led science programme running between 2021 and 2027, which is expected to cost the UK around £2 billion per year.

If that money comes from the science budget and ends up obliterating most of the slated increases, the scientific community will be ‘very disappointed’, Flangan says. In the past, UK governments have attributed the notional cost of involvement in EU R&D programmes to the science budget.

Another key omission from the announcement was the lack of support for research charities like Cancer Research UK and the British Heart Foundation. ‘Charity funders are very important to biomedical research in the UK,’ Flanagan says. ‘They’ve been completely hammered by the pandemic.’

The announcements also didn’t mention the new Darpa-style funding agency the UK is creating specifically aimed at funding high-risk science. Last month, the government confirmed that the agency will be launching in 2022 and that it will have a budget of £800 million but details around its exact remit remains unclear.

In a statement, Sarah Main, executive director of the Campaign for Science and Engineering, welcomed the R&D-led recovery from the pandemic that Sunak focused on, with promises to attract global talent by allowing small businesses to navigate the visa system and to invest in innovative firms and the green economy. But she also noted that Covid-19 is putting pressure on the science budget and no relief has been promised.