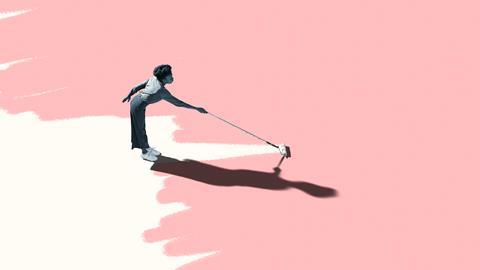 The Royal Society of Chemistry (RSC) has established a new policy to enable researchers to update their name on published journal articles. The aim is to help authors who have changed their names retain credit for their work, and to avoid unnecessarily undermining their identity.

Many people choose to change their name for a wide range of personal reasons such as marriage, divorce, or a change of religion. But while academics’ publications are usually the most important records of their career achievements, updating names on old papers is far from straightforward.

For many researchers – particularly those who have changed their names due to a change of gender identity – this means that they are faced with either being repeatedly outed by their publication history, or having to dissociate themselves from their past work and losing all credit for it. This situation is a significant source of anxiety, and can potentially harm those researchers’ career prospects.

‘We know authors change their name for a variety of personal reasons, and this can negatively impact their ownership of their research – an impact that is particularly severe for transgender researchers,’ says Emma Wilson, director of publishing at the RSC. ‘We’re extremely proud to join the growing number of publishers who have adopted policies to enable authors to retain credit for their work, no matter their personal circumstances.’

While the RSC has in the past updated author names upon request, there was previously no formal process for doing so. Now, the organisation has developed a means to ensure that names can be updated on article pdfs and html and on metadata sent to indexing services such as Web of Science.

‘The policy applies to all types of name changes. We won’t be asking authors to provide a reason for changing their name, as we know these reasons can be personal, and shouldn’t affect their publication record,’ adds Wilson. ‘Authors can simply email any of our journals to start the process – we will then talk to them to confirm the specific changes and update the paper and all the necessary metadata.’

The RSC’s move follows similar measures that have recently been put in place by other publishers. In November last year, the Association for Computing Machinery approved a name change policy. And in September this year, the American Chemical Society (ACS) announced a similar measure. The ACS policy allows authors to update names on papers without requiring ‘proof or documentation’ and without editors and co-authors being notified of the update. No correction notice will be added to the articles, so as to avoid drawing attention to what is a deeply personal decision. The RSC’s policy, which was drawn up in consultation with the ACS and members of the transgender community, will follow a similar protocol.

Other publishers have introduced more limited name change policies. For example, Elsevier requires changes to author names to be approved by the journal editor and all contributing authors. The policy states that ‘any requests approved by the Editor will result in a corrigendum’.

Commenting on the RSC’s new policy, Tanja Junkers, a polymer chemist based at Monash University in Melbourne, Australia, says: ‘I am very happy that this has finally become a possibility. It is hard to describe all the feelings that a trans scientist attaches to papers published in their “deadname”. This finally solves many issues and will make many things a lot easier in the future.’

‘Having a paper in an old name means that a scientist constantly needs to out themselves. Voluntarily or involuntarily,’ adds Junkers, who advised the RSC on its policy. ‘This causes very significant stress and discomfort for many.’

She adds that the new policy ‘allows for true inclusion of trans academics, and means a significant release of stress and anxiety for many’, and urges other publishers that have yet to adopt a clear stance on name changes to follow suit. ‘The time is right! Please follow the RSC and the other publishers that have put policies into place this year. There is no reason any more not to do it!’