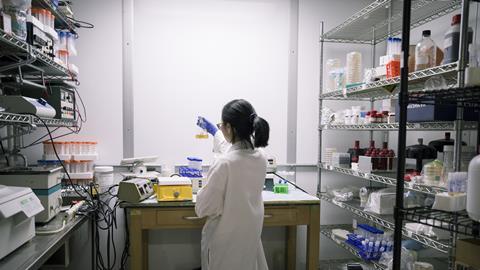 US chemistry PhD students from traditionally underrepresented ethnic groups are less likely to get support that meets their needs, either in financial form or from their colleagues. Women are also significantly less likely than men to report having supportive advisers, according to a reanalysis of a 2013 American Chemical Society (ACS) survey of 1375 graduate students. ‘We need to take very seriously the gender and racial inequities that we find in this study,’ says the University of Oregon’s Geraldine Richmond.

Richmond founded the Committee on the Advancement of Women Chemists (Coach) in 1998. Coach has been trying to understand why female chemistry PhD graduates disproportionately become industry or government researchers rather than professors. She and Coach’s head of research, University of Oregon sociologist Jean Stockard, noted the ‘huge sampling of graduate students’ in the 2013 ACS survey. Stockard says that the ACS report was really ‘nicely done’, but noted differences in women and minorities without looking deeper.

Stockard, Richmond and their colleague Celeste Rohlfing wanted to analyse factors affecting graduate student retention and future career aspirations in more detail, including financial support and supportive relationships. After asking ACS to share the data, the Oregon researchers found that graduate students from underrepresented minorities were significantly less likely than other students to report that their financial support met their needs. They were also less likely to report supportive relationships with peers and postdoctoral researchers.

The analysis also found that women, especially from minorities, were significantly less likely to report supportive relationships with advisers. These issues were more prevalent at better funded chemistry departments. Yet despite the lack of support, students from minorities were more committed to graduating and staying in the field, especially in departments with a minority faculty member. 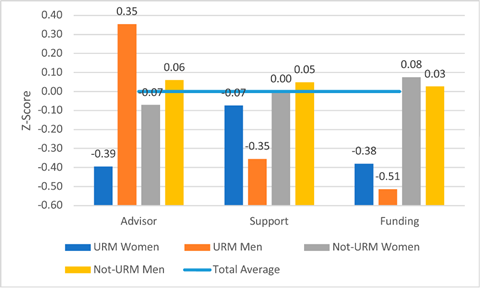 Standardised (z) scores of measures of US PhD students’ relationship with their advisers, support from peers and adequacy of funding (URM=underrepresented minorities)

‘The question involved how much support would you like to have, and they just weren’t getting it from their peers,’ Stockard says. ‘The sadness of that is the isolation. The minority men reported receiving the least support from others, but, interestingly, expressed the most interest in becoming a research professor. You can just imagine the personal toll that must take.’

Sharon Neal from the University of Delaware is on the Coach advisory board but was not involved with this research. She calls the study ‘an important resource for departments seeking to make evidence-based changes to their graduate programmes to increase the retention and success of their non-traditional students’. Neal is encouraged that minority students’ commitment to their degree programmes persists in spite of shortcomings. It suggests that their ‘representation and participation in Stem graduate programmes will increase as advisers, peers and departments learn to embrace underrepresented minority students as assets, rather than scrutinise them as potential problems,’ she says.

The Oregon team now hopes to look at institutions not included in their analysis, including universities that traditionally have high proportions of African–American students. They also hope to do a similar study on data gathered by ACS in 2019.

More broadly, Richmond wants university authorities to look at retention rates of women and minorities in underrepresented groups in their science graduate programmes and chemistry departments to ensure an inclusive and supportive departmental culture. She also recommends improving PhD student stipends. ‘Industry would be worried about how to make them more productive,’ Richmond adds, but in academia ‘there still exist attitudes to just throw them in and see if they “sink or swim”.’