Researchers chew over link between physiology and flavour 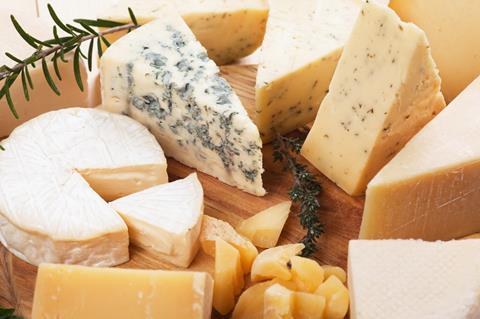 If your Christmas was anything like mine, then you ate an awful lot of cheese. I love mature cheddar, and I’m partial to brie, but don’t offer me anything blue. I always thought my taste buds dictated my choices but recent research has shown that your physiology can affect how you perceive food.

To test for a link between physiology and taste, Elisabeth Guichard from the French National Institute for Agricultural Research, and colleagues combined cheddar, soft cheese, butter, protein powder, salt and water in different proportions to create four model cheeses with differing fat content and firmness. They then trained 14 taste testers to recognise the odour of two specific compounds – nonan-2-one, which gives blue cheese its notable smell, and ethyl propanoate, which gives cheese a fruity odour – and rate their perception of these two compounds in the cheese they tasted. At the same time the researchers recorded the testers’ chewing activity and saliva composition.

Chewing mixes food with saliva. During this step, aroma compounds within the food transfer to the saliva and are then released into the nasal cavity. It is already known that food texture and composition will affect this aroma compound release. What Guichard has now discovered is that saliva composition plays a role as well. ‘The aroma of cheeses is perceived differently by humans due to differences in their salivary composition and the way they process the cheese in their mouth. Humans with a low salt content in saliva and high lipolysis [the ability of the body to break down fats in the cheese] activity perceived the cheeses as being more salty, more cheesy and less fruity,’ says Guichard.

Flavia Gasperi, head of the sensory quality research group at the Edmund Mach Foundation in Italy, agrees with Guichard that both chemical and physiological parameters can influence a food’s perceived quality. ‘The highlight of this study is that the researchers are not scared, as often happens, by the complexity of this interaction – between food and consumer. They successfully take into account different aspects of food composition and texture, but also the physicochemical and cognitive mechanisms related to the subjects’ responses,’ says Gasperi.

Taste perception can also change with time, as eating salty foods alters saliva composition over the course of a day and sense of smell decreases with age. This research could help the food industry tailor their products to the physiology of specific populations. So maybe one day I will like blue cheese, but for now, just pass me the cheddar.