Science roadmap for next parliament unveiled 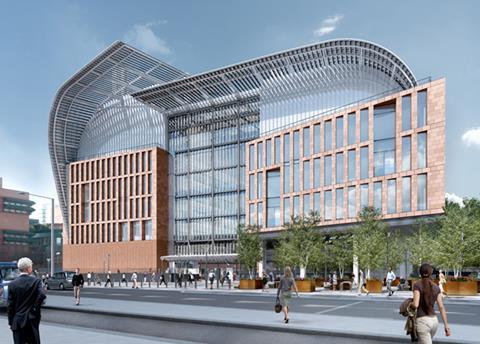 As the country gears up for the 2015 election, the Campaign for Science and Engineering (CaSE) has come up with a toolkit for the next government to solve the problems of the science and engineering community. The three policy briefings are designed to help the sector ‘operate at its full potential’. They include a recommendation for a 10-year spending plan to catch up with investment in the US and Germany.

The independent advocacy group’s briefings detail ‘feasible and practical actions’ that could be taken by the next parliament. Every major political party has put science and engineering at the heart of their plans for a prosperous innovative UK, CaSE points out. So it intends to send the briefings to each party and ask them to respond by setting out their relevant manifesto commitments. It will publish and analyse the responses, hopefully by December.

‘I have been struck by the strength of feeling across the science and engineering community,’ remarks CaSE director, Sarah Main. ‘There is a remarkable degree of consensus about what is holding them back.’

The major proposal is for a 10-year plan for government spending on R&D that exceeds growth and aims to reach current investment levels in Germany and the US. Other suggestions include VAT exemption for academia, charities and industry for shared equipment, facilities and buildings for R&D; all research performed or commissioned by government departments to be made freely and publicly available in a searchable online archive; and all departments to have a chief scientific adviser to deliver expert advice and oversee policy-making.

In education, CaSE would like to see a trained science subject leader in every primary school, who would be a contact for local initiatives. It also wants sufficient funding, through course fees and additional government contributions, to meet the higher costs associated with science and engineering degrees, as well as unconscious bias training to be made mandatory for all members of grant-awarding boards and panels across all seven research councils.

Arthur Petersen, a professor in the department of science, technology, engineering and public policy at University College, London, says: ‘When looking at what CaSE puts forward on science and engineering in government, I recognise a strong desire from the scientific community for rules that governments should adhere to in bringing evidence to bear on policymaking but I do not find suggestions on how government could work together with the scientists and engineers to jointly build greater capacity in the art of science advising. It just isn’t enough to require a certain number of scientist to be involved. It matters more how precisely they get involved.’