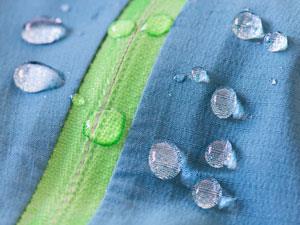 More than 200 scientists are urging consumers to avoid products such as raincoats and non-stick frying pans, which contain a class of fluorinated chemicals they say are dangerous to health and the environment. They are also calling on governments to restrict these chemicals’ use, and industry to find safer alternatives.

First marketed 60 years ago, poly- and perfluoroalkyl substances (PFASs) have found uses as surfactants, oil- and water-repellent coatings in a range of products including clothing, cosmetics, food packaging and furnishings. But research suggests that the long-chain PFASs are highly persistent, bioaccumulative and toxic, and many countries are now phasing them out. Controversy has also emerged regarding the safety of the most common alternatives, the short-chain PFASs.

The Green Science Policy Institute’s ‘Madrid statement’ on fluorinated chemicals is written by 14 experts who document the ‘scientific consensus’ on the persistence and potential for harm of PFASs, and question the use of all PFASs, including short-chain alternatives. Originally unveiled last year, it has now been signed by 206 scientists and professionals.1

The statement also suggests how scientists, governments, manufacturers, purchasers and consumers can limit the production and use of PFASs. It wants scientists, for example, to compile an inventory of PFASs including precursors and degradation products; and calls on governments to enact legislation requiring only essential uses of PFASs, and forcing manufacturers to conduct more extensive toxicological testing. Retailers and consumers should also stop using PFASs where they are not essential, it says – for example in products that are stain-resistant, waterproof, or non-stick.

On the other side of the debate, DuPont spokesperson Janet Smith argues that chemical companies have been working for more than a decade, with oversight from regulators, to introduce safe alternatives to long-chain perfluorinated compounds such as perfluorooctanoic acid (PFOA). ‘As a result of industry efforts, data indicate that levels of PFOA and related chemicals have dropped over the last several years, both in people’s blood and in the environment,’ she tells Chemistry World. ‘The US EPA has stated that these efforts have yielded significant human health and environmental benefits.’

Jessica Bowman from the FluoroCouncil, an organisation representing fluorotechnology companies, says that short-chain chemistry is very different from long-chain chemistry. ‘For example, short-chain substances are eliminated more rapidly from the body and are less toxic than long-chain substances,’ she wrote in a counter-argument published alongside the Madrid Statement.2 She added, however, that if the statement had been directed solely at long-chain PFASs, the FluoroCouncil would have supported many of its policy measures.