Royal Dutch Shell has agreed to sell its 50% share of the Deer Park oil refinery near Houston, US, to Mexican state-owned petroleum company Pemex for just under $589 million (£415 million), pending regulatory approval. Pemex already holds the other 50% stake in Deer Park. Shell will continue to operate the adjacent petrochemicals facility. 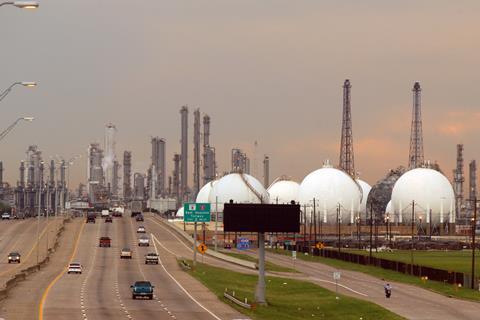 Shell is aiming to concentrate its refining activities at sites with access to carbon sequestration facilities, while Mexico’s president wants to bring the country’s energy supply under national control

Shell’s downstream director Huibert Vigeveno said the company had not been looking to sell, but received an unsolicited offer from Pemex. The deal, which furthers Shell’s separate goal of reducing its carbon footprint by paring down its 14 chemicals and energy parks to six by 2030 and cutting its production of traditional fuels by more than half, is expected to close in the last quarter of this year.

This move is the latest in Mexican President Andrés Manuel López Obrador’s ongoing campaign to gain energy independence by consolidating Mexico’s oil and gas industry within state-owned oil and electricity companies. Instead of following the model of many countries that are backing away from fossil fuels and embracing renewable energy, he has worked to construct, purchase and renovate oil refineries.

Recently, Obrador has also talked about the need to strengthen and rescue both Pemex (which is reportedly carrying debts of around $100 billion) and the country’s state-owned electricity supplier. In May, the Mexican government passed a law that allows the government to suspend or revoke permits in response to alleged ‘national and energy security’ or economic security concerns.

There is some scepticism about how the new deal will play out. ‘The announcement that Pemex will buy out Shell to become full owner of the Deer Park Refinery is not a bad idea per se; but let’s see how Pemex runs the place without Shell,’ tweeted Duncan Wood, who is senior advisor to the Mexico Institute at the Washington, DC-based Wilson Center.

‘Pemex is buying an aging asset that produces a commodity for which time is running out,’ Wood warned. ‘Of course, there is the possibility that pursuing lower emissions at Deer Park will teach Pemex how to do a better job at its refineries in Mexico…we can always dream.’