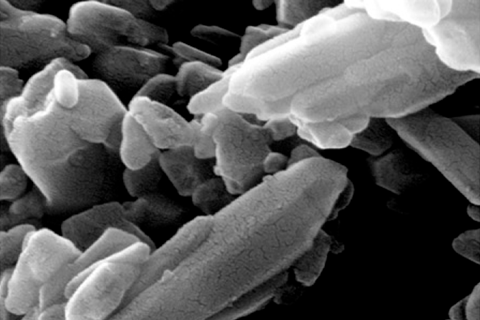 Almost 60% of the Earth’s crust is made of silica. This natural compound exists in either a crystalline or amorphous form, with quartz being the most abundant source of crystalline silica in the world. Quarry work, mining and sandblasting this material can produce an airborne silica powder. This powder is hazardous to the health of workers worldwide, and can cause diseases such as lung cancer and silicosis.

‘There have been outbreaks of lung disease caused by new applications of silica. Silicosis is not an ancient disease of the past. It’s a very current issue,’ says Dominique Lison, a professor of toxicology at the Catholic University of Louvain, Belgium, and author of the study. 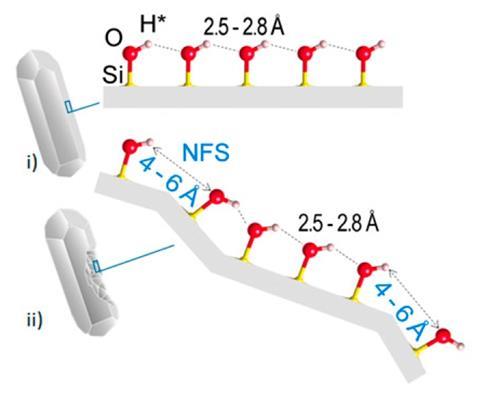 Author Cristina Pavan at the University of Torino, Italy, says that researchers have long wondered whether silanols, at the surface of silica, could explain the material’s toxicity. ‘We focused in particular on the arrangement of these surface functionalities and tried to understand how they interact with each other, to understand … how they interact with external biomolecules or [cell] membrane components,’ says Pavan.

Working with both amorphous and crystalline silica, the team simulated industrial processes such as grinding and thermal treatment. The researchers then administered the resulting dust to rats nasally to understand what damaged cells in the lungs. They discovered that a family of silanols, known as nearly-free silanols, interact with cell membranes and induced inflammatory reactions in the lungs. Nearly-free silanols are similar to ordinary silanols, but they are arranged differently at the surface of silica. They are spaced further apart from each other, and less able to interact with one another. Consequently, this group is freer to interact with biomolecules and cell membranes than more tightly packed silanols. These nearly-free silanols bind to cell membranes, initiating inflammatory responses and damaging the rats’ lungs.

Nanoscience expert Iseult Lynch, who was not involved in the study, praised the discovery of a clear link between a chemical moiety and the damage it causes a cell. ‘For a long time, particularly in the area of nanomaterials, there’s been a long tradition, 10 years or more, of research to try and find a correlation between some physical–chemical property and the biological response,’ Lynch says. ‘This [study] provides a clear correlation between a change at the surface [of silica] and a toxic effect.’

With a new understanding of what makes some types of silica toxic, the next step could be to produce synthetic silica that’s safer to use.

Model of nearly-free silanols interacting with a cell membrane

While Pavan is working on building safer silica, Lison adds that producing it depends on the profitability of the process. Silica is cheap, so adding expensive treatments to make it less toxic would not be economically viable, he points out. He adds that companies working with this material should focus on providing personal protective equipment to vulnerable workers.

‘The best thing you can do is to apply preventive measures to lower the exposure,’ agrees Pavan. ‘That will remain the cheapest way of controlling the toxicity of silica’.