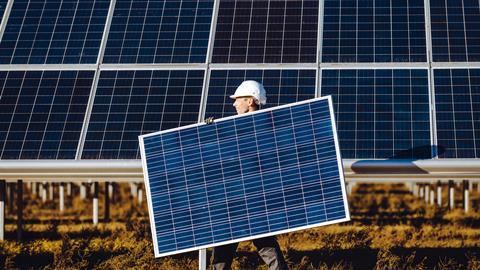 A method to make perovskite films for solar panels at record speed and at a cost of only $0.25 (£0.18) per square foot could finally make the technology a commercially viable.

Perovskite solar cells offer the tantalising possibility of higher energy efficiency and faster manufacturing than regular commercial silicon panels. Researchers have scaled up perovskite cells before but they aren’t commercially viable yet. While perovskite panels could be cheap, they degrade when exposed to heat and moisture. This makes them less durable than silicon ones, which have lifetimes of more than 25 years.

‘If we can build a perovskite module that lasts 30 years, we could bring down the cost of electricity below 2 cents per kilowatt-hour. At that price, we could use perovskites for utility-scale energy production,’ said the study’s leader Nick Rolston from Stanford University, US, in an interview with Stanford News. 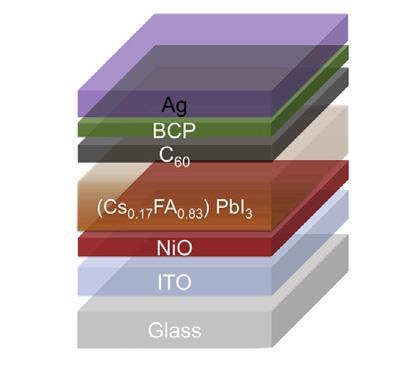 Rolston’s team now developed a process to make perovskite solar cell films 10 times cheaper than silicon ones. The researchers’ one-step method is called RSPP – rapid spray plasma processing. They sprayed a solution containing precursors for a caesium-formamidinium lead iodide perovskite onto a substrate such as glass and exposed it to a plasma, which sped up crystallisation while making it immune to ambient moisture. The result is a perovskite module with a power conversion efficiency of 18%. While the layer’s long-term stability remains to be tested, the cells retain their full efficiency for two hours in air.

RSPP doesn’t require any post-annealing treatment to improve physical, optical and electrical properties, making production of large perovskite films extremely fast: 12 meters per minute, which is four times faster than what it takes to manufacture a silicon solar cell.

‘We achieved the highest throughput of any solar technology,’ Rolston told Stanford News. ‘You can imagine large panels of glass placed on rollers and continuously producing layers of perovskite at speeds never accomplished before.’

‘The RSPP system is a technological breakthrough in an exciting field of perovskite solar cells,’ says Mahesh Suryawanshi, researcher at the school of photovoltaic and renewable energy engineering at UNSW Sydney, Australia. ‘However, my concern is the stability and toxicity issues associated with lead-based perovskite solar cells, which can do long-term severe damage to the environment and in turn a serious harm to human health. This study is missing an exact analysis of the degradation mechanism for lead-perovskite solar cells.’

‘The RSPP system has certainly a potential to become a commercially viable method for manufacturing perovskite solar modules on a global scale,’ Suryawanshi says.

Correction: The price per square foot of perovskite film was updated on 15 December.