Grinding out single-atom catalysts made simple by ball mill 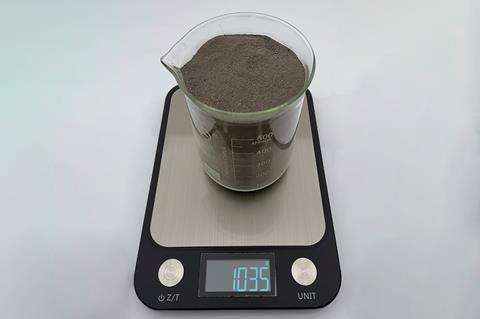 Kilogram quantities of single-atom catalysts were made using ball-milling

Single-atom catalysis is a rapidly emerging field, offering deeper insight and unprecedented control over catalytic processes. SACs are generally formed of metal atoms dispersed across the surface of a support material. But scientists can usually only make a few grams or even milligrams of them at a time. Now, a new method based on ball-milling allows transition metal SACs to be made by the kilogram.

‘When [SACs] are prepared on lab-scale, the synthetic conditions can be precisely controlled,’ says Peking University’s Ding Ma. This control allows SACs to be produced with a very even dispersal of the metal atoms on the support material, when working on a small scale. ‘However, when the synthesis is scaled-up, there are always uneven mass transfers and heat transfers that can easily cause unevenly high local concentration, and thus the agglomeration of noble metal species,’ says Ma. 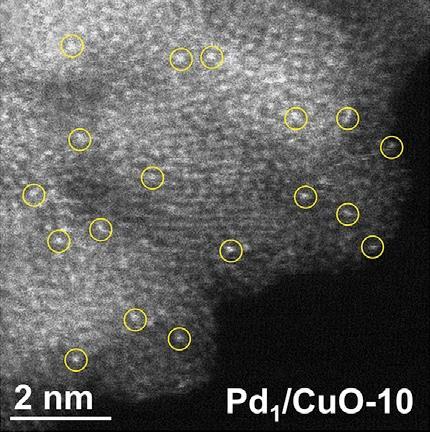 Ma and his co-workers have now developed a mechanochemical method to mass produce SACs. They ground together dry starting materials – a technique known as ball milling – to make kilograms of evenly-dispersed SACs on a zinc oxide support. Palladium, rhodium, ruthenium and palladium–copper SACs were all produced using the ball-milling process.

‘We estimate that with our strategy, the preparation cost of noble metal SACs is less than $0.10 (£0.08) per gram,’ says Ma. He adds that this shows ‘great promise for commercial applications’ once the process is optimised further.

The new technology ‘broadens the spectrum of industrially viable possibilities for making such groups of elegantly designed catalysts’, says Ming Yang, who researches heterogeneous catalysts at General Motors’ Chemical and Materials Systems Laboratory in Michigan, US.

Yang points out that when heterogeneous catalysts are made on an industrial scale, support materials and metal-precursors are usually made separately, often by different manufacturers, before they are combined into a finished product. ‘This work sort of proposed a one-pot process, so may create new opportunities for manufacturing research as well as new products and revenues,’ says Yang.

Ma says that his team are now assessing the catalytic prowess of their SACs in high-value and plant-scale reactions, including dehydrogenations of hydrocarbons. They are also continuing to develop the SAC-production technique further, in particular looking for new metal precursors that might improve the process’ efficiency.