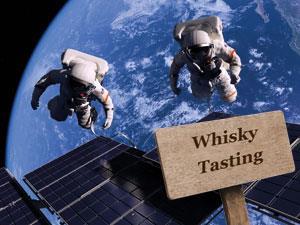 It might seem like an experiment dreamt up by the astronauts up in the International Space Station (ISS), but scotch whisky has been sent up to the ISS to see how it matures in zero gravity. In fact, two samples – unmatured spirit and charred oak – were sent up in an unmanned rocket last year before being mixed once up in space. The mix will then be left for two years to allow the flavour compounds like terpenes time to develop in the microgravity of space, before being compared to control experiments closer to home.

The experiment is intended to probe how the particular organic chemistry that develops flavours and fragrances is altered by low gravity, and perhaps discover new ‘notes’ for future use. However, with the cost per kilo of sending a payload into space, the resulting whisky from the ISS maturation will probably be beyond most people’s budgets, if it ever makes it down again in the first place.