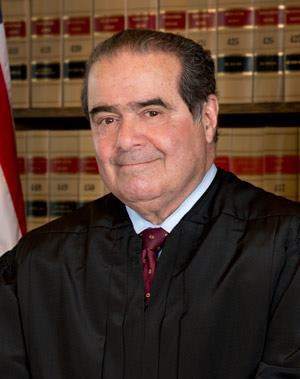 Collection of the Supreme Court of the United States/Steve Petteway

Concerns have been raised that the increasingly nasty fight underway in Congress over the appointment of a new supreme court judge to replace the notably conservative Antonin Scalia could jeopardise efforts to finally reform the outdated 40-year-old legislation that governs the US’s chemicals policy.

Since Scalia’s death on 13 February, Republican leaders in the Senate have made it clear that they intend to stonewall the supreme court appointment process by refusing to hold hearings on any candidate until the next President is sworn in in January 2017. The ensuing backlash has caused some to worry that even high-priority items such as reform of the Toxic Substances Control Act (TSCA) legislation, which passed the House and Senate nearly unanimously in December, could fall apart as gridlock grips Capitol Hill.

‘There is a danger that a lot of important things could fall by the wayside,’ says former Senator Byron Dorgan. ‘Even under ideal circumstances, the Congress seems unable to make much progress on things. Added to that now [is] the issue of the replacement for Justice Scalia – it is going to be a poisonous atmosphere,’ he tells Chemistry World.

Dorgan, who served as a member of the Senate Democratic leadership for 16 years, says the TSCA reform legislation appeared poised for passage earlier this year, but the supreme court fight has created waves. ‘It puts at risk a lot of things that people are hoping to achieve,’ states Dorgan, who is a senior fellow at the Bipartisan Policy Center, which advocates for two-party solutions to key issues. He suggests that it is unlikely that this current rift between the two political parties will allow legislators to move forward with pending business, such as updating the TSCA.

However, there are hopeful signs. Democratic leaders in the Senate announced on 23 February that, despite anger over their political opponents’ tactics, they will not seek leverage by holding up regular spending bills in the Senate. ‘It was a real threat that this could potentially create yet another obstacle to TSCA reform, but now it is pretty clear that this won’t slow down TSCA,’ says Ben Dunham, who helped to negotiate a bipartisan bill to modernise the TSCA.

‘The Democrats won’t completely shut down the Senate over the supreme court vacancy issue and will continue to move forward on major legislation in areas where there is bipartisan support,’ states Dunham. He reiterates that the TSCA reform legislation under consideration in Congress does have ‘strong bipartisan support’ and is ‘a high priority’ for of those on both sides of the aisle.

Nevertheless, Dunham says progress has been sluggish when it comes to negotiating a final TSCA reform bill and getting it through both chambers of Congress so that Obama can sign it into law. ‘It has been a little slower going than we had anticipated,’ he states, ‘but it sounds like real negotiations have begun now and things could move a lot more quickly in the next couple of weeks.’

But the pressure is on. Congress’ current legislative calendar is shorter than normal, ending in July because of the elections in November. Although it is harder to do ‘real legislating’ in an election year, Dunham says there are ‘signs of real progress’.