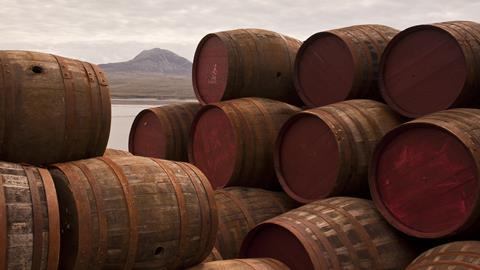 Whisky is a big British export – the industry directly employs 10,000 people in the UK – with almost 40 bottles shipped every second. Such a big business attracts scammers, who try to sell cheaper, counterfeit whisky. But chemists can now spot counterfeits with just a few microlitres of the Scotch.

Previous methods to analyse whisky relied on profiling volatile organic compounds, substances related to the whisky’s aroma. Other methods have analysed trace elements in samples as each Scotch is made with a unique combination of raw materials, equipment, vessels and additives. But these techniques have tended to rely on expensive equipment and needed highly trained lab personnel to carry them out.

Now, a team of researchers from Aberdeen, Scotland, has created a cheaper, portable x-ray fluorescence method that could become the gold standard for fraud detection in whisky. Total reflection x-ray fluorescence (TXRF) allows quick and accurate quantification of many trace elements, and it provides better detection limits than conventional x-ray fluorescence, which is already used for analysing tea, coffee or wine.

‘There has been relatively little work on the application of trace element profiles to help identify counterfeit whisky and I saw this as an opportunity,’ explains corresponding author Charles Shand. His team analysed up to 11 different elements in samples of 32 different Scotches. They also tested five counterfeit whiskies and statistically significant differences were found between them and the brands they were imitating.

Shand is aware that this method has limitations too. ‘At present, the trace element information on its own is not strong enough to stand up to rigorous scrutiny,’ he notes. ‘There are multiple factors that could cause alteration of trace element concentration. I see the work to be a pilot study and in the development stage.’ Nevertheless, he highlights that the tests are amazingly easy to perform needing only microlitres of samples.

Johannes Kiefer, a spectroscopist working at the University of Bremen, Germany, sees the benefits of this new method including ‘minimal sample preparation’ and obtaining ‘a comprehensive elemental composition’. Kiefer also values the authors’ honesty: ‘I was very happy to see that negative results were kept in the paper. […] They demonstrated that [ashing of the sample] does not work reliably and should be avoided in future works.’

Despite the disadvantages, both Shand and Kiefer foresee a bright future for this technique. ‘The instrument is small, portable and safe in use,’ points out Shand. ‘It’s likely that TXRF handheld devices will be commercially available soon,’ says Kiefer. ‘[The method] may become economically viable,’ he adds. Kiefer thinks that whisky collectors may dislike that the analysis means the bottle needs to be opened, but Shand remains optimistic. ‘We still have the remaining samples!’ he jokes.