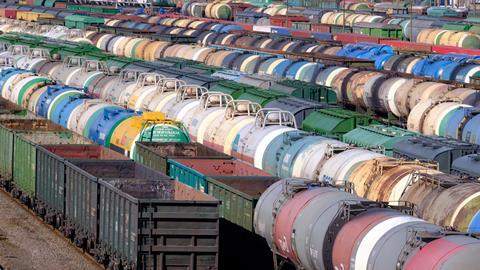 During one the worst economic contractions ever seen, 40% of the membership of the US National Association of Chemical Distributors has reported an increase in orders, and fewer than 1% reported any layoffs. But, not all segments of the sector are doing equally well – those companies that distribute isopropyl alcohol (IPA) and other products that help fight Covid-19 are the ones that have seen a fairly substantial boom over the last month or two.

‘A lot of our members provide products that go into disinfectants, like hand sanitisers, so there is a huge market for that right now,’ says Eric Byer, who has been at the helm of the Arlington, Virginia-based organisation since November 2013. ‘Whether it’s IPA or ethanol, those are products that many of our guys distribute on a frequent basis, and they are obviously in very high demand.’

In the first five or six weeks after the pandemic hit the US, Byer explains, these products were flying out the door faster than ever because of an increase in the number of orders from regular customers, as well as hospitals, healthcare facilities and first responders. Over time, he suggests, this demand fall.

‘We’ll see how the replenishment process is with additional IPA coming in and being distributed for hand sanitisers and wipes, and things like that,’ Byer tells Chemistry World. ‘My guess is that it is going to be a little bit slower, but we’ll see how it all pans out.’

However, NACD companies not distributing products that support Covid-19 relief efforts did not see this uptick. Byer points out that the oil market has suffered, and chemical distributors tied to that sector ‘are not doing great’. 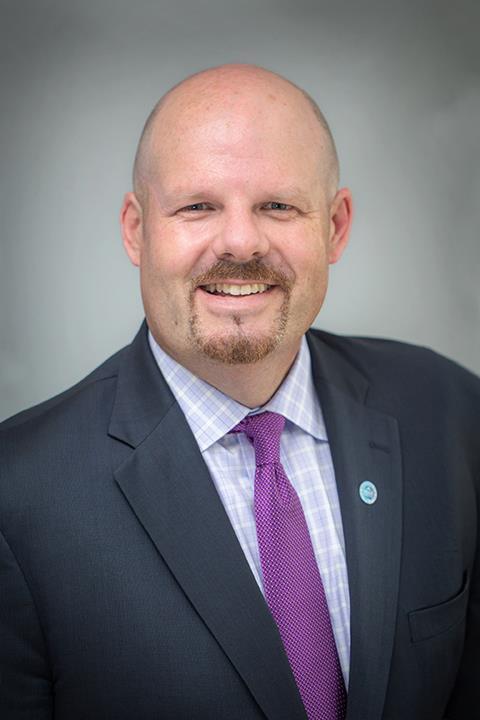 Eric Byer, head of the National Association of Chemical Distributors, says that members of the organisation have done a fantastic job getting Covid-19 supplies out to hospitals in difficult conditions

Byer expects the second and third quarters to be ‘very rough’ – in fact, he anticipates ‘a deep recession, if not depression’ in the second quarter – but predicts a turnaround in the final quarter of the year. However, most NACD members have been able to find ways to counteract the harsh economic climate, according to Byer.

Many of these companies are investing more, or even for the first time, in personal protective equipment such as masks and gowns, as well as in disinfectants and ventilators. ‘That is just to make sure they can meet the demand,’ Byer explains. ‘But most importantly, it’s to help local community health efforts, should a second wave or another health crisis come down the pike.’

Byer says many chemical distributors have put in place ‘very positive and successful’ remote working procedures for their back-end employees, while also recognising the need for ‘a good rotation of employees’ on the front-end operational side to maintain social distancing.

Beyond the pandemic, the upcoming US presidential election is also on the radar of the NACD and its members. ‘We have got a close eye on that in terms of importance to our membership,’ says Byer, noting that Trump has been very pro-deregulation, which NACD members generally support. He says the administration has done ‘a fantastic job’ moving to ‘get rid of regulations that haven’t been utilised or aren’t applicable’, and that this work will likely continue should Trump win re-election in November.

Reflection on the election

Meanwhile, there will be some ‘pros and cons’ if his Democratic challenger – former senator and vice president Joe Biden – is elected president, Byer says. ‘I think deregulation will not be one of his strong suits,’ he tells Chemistry World. ‘It is more likely that you will see an increase in regulations,’ especially when it comes to the US Environmental Protection Agency, workplace rules and some other areas that the NACD ‘may not be supportive of’, he states.

Nevertheless, Biden’s fairly pro-business record is promising, and his trade policies might be preferable, Byer adds. Under the current administration, the ongoing trade dispute with China has affected many of NACD’s member companies, especially those that depend on imports from China. ‘There is some word coming out of the White House that the president might put a hold on some of these tariffs for a little while,’ Byer says. ‘I hope that is true, and I hope also that they go away, because they are really not helping our industry.’

Previous NACD economic analysis indicated approximately $5 billion (£4.1 billion) worth of the chemicals its companies import would be hit by the tariffs on China, most of which went into effect in September 2018.

Infrastructure is another issue that concerns the NACD. ‘Overall, this country’s infrastructure is in need of updating – roads, rails, waterways and aviation,’ says Byer. ‘Congress needs to find a way to get some kind of comprehensive infrastructure improvement package through in the next six to seven months,’ he adds.

Member firms want to receive products and distribute them as quickly as possible, so they are enthusiastic about enhancements to infrastructure, especially those that incorporate technology. He notes that more efficient infrastructure aids chemical distributors in the crucial role that they play in the US economy – particularly during a pandemic. This includes delivering key chemical goods like personal care products, soaps and detergents, sanitisers and other products that keep people safe and hospitals running.

There is also lots of community action going on behind the scenes. ‘Our guys are trying to do the very best they can to make sure that they are giving back to the community during this crisis – by donating PPE, product and their time,’ Byer says. ‘We don’t go out there and brag about it a lot … it’s not terribly noticed, you read more about production.’