Tens of thousands of jobs are disappearing across the oil and gas industry as the slump in demand caused by the pandemic continues to bite.

BP is cutting 10,000 jobs worldwide. The plunge in oil prices means it’s losing millions of dollars every day, and it anticipates prices will remain low for the next 30 years. As a result, BP will have to leave some of the oil it would have produced in the ground, and that means writing off up to $17.5 billion (£13.9 billion) of assets. BP said it had a ‘growing expectation that the aftermath of the pandemic will accelerate the pace of transition to a lower carbon economy and energy system.’ 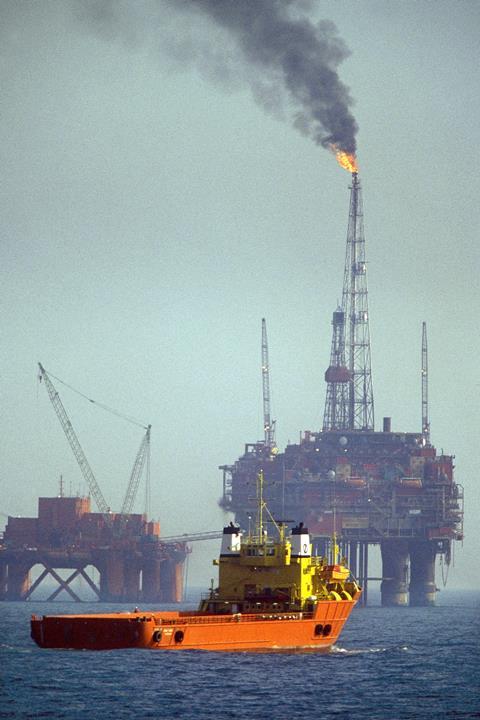 The Covid-19 pandemic is permanently altering the energy industry

BP chief executive Bernard Looney told staff it had ‘always been part of the plan to make BP a leaner, faster-moving and lower carbon company.’ But it would now move faster. The company says people affected will mainly be in office-based jobs, as it seeks to protect frontline operations. Most of the posts will be gone by the end of the year.

‘What Covid-19 is pushing people to do is think through how sustainable their business is,’ says Alan Gelder, a refining and chemicals analyst at consultancy Wood Mackenzie.

Energy research group, Rystad Energy estimates that across the US, 100,000 jobs in the oil and gas sector have already gone. Like BP, US company Chevron is also restructuring, cutting some 10–15% of its 45,000-strong workforce. Last month, chief executive Mike Wirth said ‘it feels like we’re finding the bottom right now. And then the path up out of this is likely to be different in different regions of the world as it ties to the health status in those parts of the world.’

ExxonMobil, by contrast, has taken the view that the crisis will be brief, says Gelder. It has cut spending by slowing expansion of facilities, but alongside other US majors, its ‘very much convinced the medium to long term is still very hydrocarbon driven. Whereas a lot of the European majors are making a faster transition because they feel they need to maintain their social licence to operate, and that appears to be what their population want and what their investors want.’

Even before the pandemic, the big oil and gas companies were reducing the size and complexity of their major projects, suggests Matthew Fitzsimmons, vice president, energy service research at Rystad Energy. ‘We’ve noticed how investment portfolios were shifting whereby the major operators were trying to get more liquid in their investments and break up the decision [points] so that when the energy transition is really getting into gear, if there’s a new technology that makes renewables more competitive than oil and gas, they will have more cash on hand to be able to pivot into renewables more readily.’

The question of recovery

The industry has had the double whammy of oversupply thanks to an oil price war between Russia and Saudi Arabia, followed by plummeting demand caused by the pandemic. Fitzsimmons says it’s hard to disentangle the two.

But safety concerns have hit the offshore industry harder – simply because it’s impossible to socially distance on an oil rig, and without enough testing capacity ‘you just have to leave the essential people on your assets and take everybody else off.’ In turn, ‘plummeting cash flow means they’re going to be even further incentivised to reduce crewing to the absolute minimum.’

While the north American shale gas sector has been hard hit by oversupply – with 45,000 jobs going in Texas alone – onshore fracking activities make it possible to stagger crews more easily, as they can go home. That’s one reason why Rystad anticipates the US onshore sector will recover faster than offshore.

Oil service companies were the first to shed jobs. Fitzsimmons says it will take till 2022 for operator spend on service companies in the UK to recover to levels approaching that in 2019; and until 2023 to recover globally. Both Rystad and Wood Mackenzie anticipate a modest recovery in oil prices in the next couple of years. Fitzsimmons anticipates they will be in the range of $70 a barrel in 2022. However, Gelder suggests it’ll be quite a while before demand for jet fuel recovers. 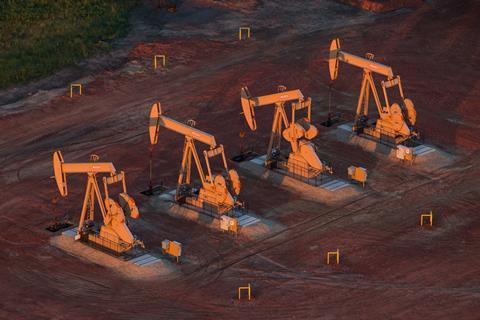 Companies were already shifting their strategies away from fossil fuels

‘The last time we had an oil price collapse, the refining and chemicals sector helped oil companies out. But because this is lockdown, all the sectors are doing poorly,’ says Gelder. Moreover different parts of the petrochemical industry are being hit differentially. Vehicle sales have been hit badly and the downturn in car production has had wide impact, for example on demand for materials for catalytic converters from UK chemicals group Johnson Matthey. It temporarily closed clean air plants outside China, although these are gradually reopening. The company says it also experienced delayed shipments due to logistics challenges in other divisions. Over the next three years, 2500 jobs will go worldwide as the business looks to become simpler and more efficient. However, it is pressing on with investments in sustainable technologies including £350 million to commercialise its ultra-high energy battery cathode material, eLNO. Its first plant in Poland will start production in 2022, and new clean air plants will be completed in India and China.

Oil and Gas UK has voiced its concern that job cuts mean the UK is at ‘serious risk’ of losing the skills needed to tackle both existing energy demand and the energy transition. Alix Thom, workforce engagement and skills manager says the UK’s workforce would play a key role in ‘driving progress in the development of CCUS [carbon capture utilisation and storage] projects and hydrogen. We are seeing dramatic job losses now and our priority is to stimulate much needed fresh activity for supply chain companies’ so they can make that contribution.’

This week Oil and Gas UK set out how the industry will play its part in cutting emissions from exploration and production. It’s committed to halving them by 2030, and eliminating 90% of emissions by 2040 – from a 2018 baseline of 18.3 million tonnes. That’s 4% of the UK’s total emissions. Its members will report progress annually.

Cuts will be achieved by electrifying platforms using onshore or offshore renewables, and reducing flaring – responsible for 3 million tonnes of carbon dioxide emissions in 2018. Later this year, there’ll be a separate plan to reduce methane emissions from flaring and venting.