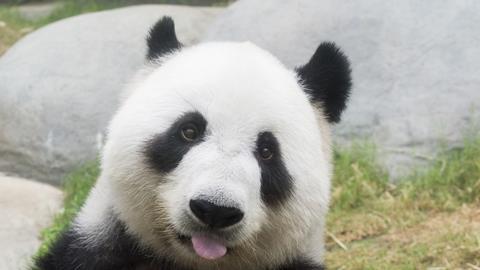 Two compounds in horse manure appear to protect giant pandas from feeling the cold. The finding offers a chemical explanation for unusual behaviour witnessed in populations of wild pandas in China’s Qinling mountains.

In a year-long study, a team led by Fuwen Wei and Ren Lai from the Chinese Academy of Science (CAS) filmed dozens of Qinling pandas rolling around in piles of horse manure and smearing it all over themselves. The unusual scenes only occurred during colder months, almost always when temperatures had dropped below 15°C. And the pandas seemed to seek out only the freshest dung.

By comparing the volatile compounds in samples of fresh and aged dung, the researchers identified two compounds that seemed key to attracting the pandas’ interest. High concentrations of the two terpene compounds – beta-caryophellene (BCP) and beta-caryophellene oxide (BCPO) – are present in fresh manure, but dissipate after a few days.

To test their theory, the researchers treated piles of hay with BCP and BCPO and then watched as pandas sniffed and then rolled around in the samples. In contrast, pandas were disinterested in hay samples that hadn’t been treated with the two compounds.

Driven to understand the correlation between cold weather and the pandas’ behaviour, the researchers analysed the cold-response of lab mice that were exposed to BCP and BCPO in comparison with a control group. At 4°C the control group became much less active, instead huddling together for warmth. However, the BCP/BCPO-treated mice seemed unaffected by the drop in temperature. Further investigation revealed that BCP and BCPO can inhibit a cold-activated ion channel known as TRPM8, which is present in mammalian cells – offering an explanation for the increased cold-tolerance seen in the lab mice and a potential motive for the pandas.

While you might not expect pandas to co-exist with horses, ancient trade routes have brought horses into panda habitats for thousands of years. The CAS team say this could explain how the Qinling pandas have learned to seek out the BCP/BCPO ‘chemical resource’.

However, despite the potential cold-weather benefits of BCP, Dajun Wang, a wildlife ecologist based at Peking University, points out that allowing horses to graze in panda habitat can be harmful overall. ‘Grazing exists in part of the panda habitat, although it is illegal inside the nature reserves and national parks,’ notes Wang. He says that his observations at a nature reserve in Sichuan province show that areas where grazing has increased are less used by the pandas. ‘[We] never see pandas rolling in the horse faecal dumps, although there are plenty of them,’ he adds.

Wang also points out that access to BCP is hardly essential for pandas’ survival, even in the cold winter months. ‘I did my PhD work in Qinling mountains, and spent several winters in the mountains with pandas. I didn’t see cold weather or deep snow bother them, even for the five- or six-month-old babies,’ says Wang. ‘They are doing well with plenty of food, and moving around in the cold. Babies could stay in the trees for hours without [any harm].’