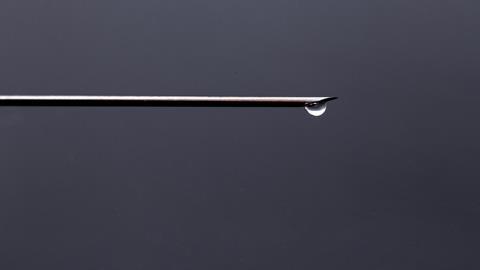 Two US states plan to use untried drugs to execute prisoners

The New Year may bring a new era in state executions in the US – and fresh controversy to the debate over the death penalty. As stocks of drugs for lethal injection have been exhausted in several states, authorities are looking for alternative methods to carry out the capital punishment sentences on its death row inmates… and now Nebraska and Nevada are turning to untried techniques.

Where is lethal injection still used for executions?

There are still 56 countries around the world that include execution as part of their legal system, although the number is decreasing. These countries use a range of methods, including hanging, firing squad, beheading and stoning. 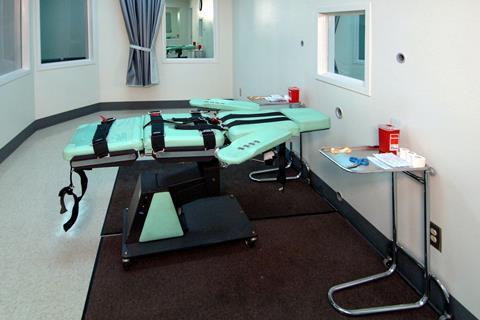 The lethal injection room at San Quentin State Prison, California, US, is similar to the rooms used in Nebraska and Nevada.

In recent decades, several countries have moved to using lethal injection as it is perceived to be more humane. Six out of the 56 currently have the option of using chemical methods for judicial killing: China, Guatemala, Saudi Arabia, Taiwan, Thailand, the US and Vietnam. The extent to which lethal injection is used in these six countries varies enormously, some use it often and exclusively, others favour different methods of execution and some rarely execute anyone.

How does a lethal injection work?

Lethal injection simply stops some fundamental process within the body by chemical means. Different drugs interact with the body in different ways and all drugs can be a poison in sufficiently high doses.

Some drugs used in lethal injection will stop the heart. Other drugs depress breathing, so the individual suffocates. These drugs would be effective if used in isolation but the death would be horrific. Therefore, most states in the US that still have the death penalty tend to favour using a sequence of drugs: one that sedates the individual, a second that paralyses the muscles before a final drug is administered that will result in death.

Which drugs have been used in lethal injections?

Massive doses of barbiturate drugs were used for many executions in the US until drug companies stopped supplying them for this purpose. Barbiturates are sedatives and death occurs because breathing stops.

Sedatives are still used in executions but usually as the first of the three injections in the execution process. The choice of sedative has caused some controversy, as the level of sedation achieved by some drugs might not be very deep and can be quite short acting. The worry is that some individuals remain sufficiently aware during the later stages of execution.

The second injection of muscle relaxants is also a controversial choice as it can mask signs of distress, such as twitching or convulsions, that may be displayed if the prisoner is not properly sedated. When given in large doses they will also paralyse the muscles used to control breathing and the prisoner may begin to suffocate before the third injection takes effect.

The third drug normally used is potassium chloride. Potassium is a vital part of normal heart function; it is involved in nerve signals that control the heart rhythm as well as the contraction of cells that result in the heartbeat. High doses of potassium result in cardiac arrest. Potassium injections are notoriously painful.

Why is there a shortage of the drugs?

As drugs for lethal injections run out or reach their expiry date, US states have been seeking new supplies. However, as mentioned above, many drug companies – particularly in Europe – have changed their protocols around the sales of their products to deliberately prevent their use in executions.

All the compounds used in executions have perfectly legitimate and beneficial applications in medicine in the appropriate dose. Some prisons in the US have therefore looked into the possibility of reassigning existing drug stocks in prison medical centres so they can be used in executions.

What is happening now?

All of Nevada and Nebraska’s stocks of lethal injection drugs have run out and they have not been able to obtain new supplies. They are now looking into using a new and untried three-drug combination. Individually, all the drugs would result in death in a sufficiently high dose but no one is sure how they will work in combination. The three drugs in question are diazepam, cisatracurium and fentanyl.

The states’ plan is to alleviate distress though the administration of the benzodiazepine diazepam. Diazepam is well known for its anxiety-relieving properties but the drug may not help in extreme cases (such as imminent death). Diazepam will also sedate the prisoner. Cisatracurium will then be used to relax the muscles.

The third drug, fentanyl, is the most controversial choice of the three. It is a very powerful pain-relieving opioid and it is hoped will at least make the death pain-free. Fentanyl is currently at the centre of the US’s ongoing opioid crisis. It certainly kills – around 90 people per day in the US die from fentanyl overdose – but those who have survived an overdose describe the distressing sensation of being unable to breath.

Nebraska is also proposing to add a fourth drug to the mix, a potassium compound, to stop the heart.

No one can be certain how long either of the new drug protocols will take to kill, or how painful the death is likely to be. However, there can be little doubt over the cause of death: the prisoner will suffocate. One of the criteria for executions in the US is that it must not constitute ’cruel or unusual punishment’. Many have expressed doubts if lethal injection, particularly the method to proposed by Nevada’s authorities, meets the criteria.