The UK government must commit to spend more on science R&D in the long-term if the UK is to remain a ‘scientific superpower’, according to a report published by the House of Commons science and technology committee. The report says the UK risks falling behind its competitors unless research funding starts to increase. 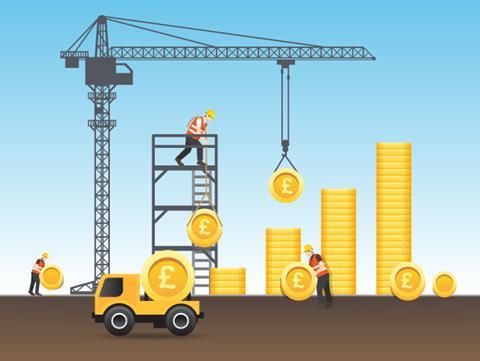 The government's proposed changes to their funding management, such as merging the Higher Education Funding Council for England

The government is expected to announce widespread cuts in its comprehensive spending review – due on 25 November – and there are fears that the science budget, which has been eroded by inflation after being frozen for the last five years – will suffer. In its report, the cross-party science and technology committee said failing to ensure research is adequately funded could put the government on the ‘wrong side of history’.

‘The UK has fallen behind its competitors in terms of total R&D investment and this will put UK competitiveness, productivity and high-value jobs at risk if it is not reversed,’ the report states. ‘The government should produce a long term “roadmap” for increasing public and private sector science R&D investment in the UK to 3% of GDP – the EU target.’ It also says there needs to be a ‘more robust’ system to combine the core resource budget and the capital budget, which pays for facilities and infrastructure.

The Royal Society of Chemistry’s chief executive Robert Parker welcomed the report, saying: ‘We are pleased the committee has recognised the vital role science plays in the UK economy. We hope that the government will take the committee’s recommendations into account ahead of the spending review later this month and ensure the science budget is protected in real terms.’

But this is starting to look less likely. After earlier asking departments to model cuts of between 25% and 40%, chancellor George Osborne has announced that four government departments – the Treasury, transport, environment and local governments – have agreed to cut their budgets by 30% over the next four years. There are fears that the Business, Innovation and Skills department, which manages the science budget, could be next.

‘The spending review will have a profound impact on our science base and our future prosperity,’ said Conservative MP Nicola Blackwood, who chairs the committee. ‘The UK risks losing its status as a world leader in research if the Treasury does not make a long-term commitment to increase science funding in the spending review.’

The government has also published a proposal to abolish the Higher Education Funding Council for England (Hefce) as part of several higher education reforms outlined in its green paper. Under the plans, Hefce would be merged with the Office for Fair Access to make a single body called the Office for Students. It is unclear how funding and teaching grants currently distributed by Hefce would be allocated and how this would affect research. At the moment, researchers access funding through both Hefce and the seven research councils, which are also facing the possibility of a merger after the government commissioned a review of their efficiency.

Responding to the announcement, acting director of the Campaign for Science and Engineering Naomi Weir, said: ‘The loss of Hefce is a big change for the UK’s funding system, it has played a vital role in shaping our higher education sector. The government must proceed with caution.’ ‘There is a high risk of costly disruption and potentially irrevocable damage to the science base from any rushed reorganisation of funding structures,’ she added.

The science and technology committee report called on the government to clarify any proposed changes to the way funding is managed and warned that a ‘radical reorganisation’ could harm research. ‘The “dual support” system has produced a world class and highly efficient system for scientific research,’ it states. ‘Any significant changes to this system, including the balance of funding between research councils and university funding councils, would require a clear justification, which has yet to emerge.’