On 25 November, the UK government will publish its spending review, setting out funding commitments and priorities for the next five years. This review will include funding levels for scientific research, along with the scale and structure of wider public investment in science and engineering. The last settlement in 2010 held research funding constant in cash terms at around £5.5 billion, and science departments have worked hard to cope with the reality of ‘flat cash’. But the future is looking challenging. Department heads face many uncertainties: concerns that overall funding will fall, the possible restructuring of the research councils and rumours of cuts to the Higher Education Funding Council for England. 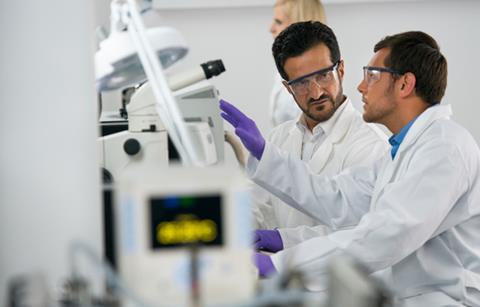 The 2010 spending review also cut capital spending on buildings and infrastructure. These cuts, combined with inflation eroding the core budget, meant that science funding was down by an average of 5% over the last parliament, according to Scienceogram, a website that tracks science spending. However, last year’s autumn statement included additional funding for capital costs and a small boost to the core budget, but this wasn’t enough to bring funding back up to 2010 levels.

Flat cash has definitely not been easy for the system to cope with over such an extended period, says Kieron Flanagan, senior lecturer in science and technology policy at Manchester Business School, UK, as inflation, particularly the rising cost of equipment and consumables, has eroded funding in real terms. ‘[Funding] also been eroded by hidden cuts to overheads in the guise of “efficiency savings”,’ he adds.

‘Flat cash in real terms means less money,’ says Nick Norman, head of the school of chemistry at the University of Bristol, UK, ‘and if there is less money there will be less research – that’s the bottom line.’

Equally important, says Mike Ward, head of the department of chemistry at the University of Sheffield, UK, is the fact that existing funding is being targeted increasingly at specific areas decreed by research councils to be important. ‘For example, EPSRC [the UK Engineering and Physical Sciences Research Council] will point – correctly – to the amount of money that they are spending on PhD studentships: but most of this is tied up in Centres for Doctoral Training (CDT) which have quite narrow and focused remits, so there is plenty of support for PhD students in favoured areas but very little if your research does not match the theme of a CDT.’

The result is that grants of any sort are harder to come by, says Ward, and if they are not in ‘priority’ areas they are much harder to come by. ‘People do find it demoralising to have grants rejected that would have been funded a few years ago – especially as some research councils ban resubmissions to keep their workloads down, so once a grant has not been funded, that’s it for that line of research unless you can get a grant from a different source.’ 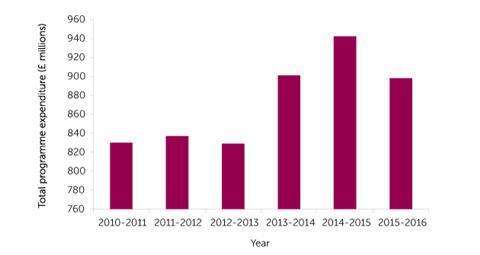 One of the consequences of dwindling research income from research councils means that alternative sources, such as the EU and charities, have to be mined more assiduously. But, these sources generally contribute less towards the cost of overheads, for example, putting pressure on departmental budgets. This is Norman’s biggest concern: research councils and charities are increasingly expecting institutions to make significant contributions to the costs of equipment and CDTs.

Falling research income has had other effects. A greater focus on attracting funded PhD students from overseas has shifted the balance of the student population to non-EU students, Ward notes. Departments also need more undergraduate students to bring in teaching income. ‘But the number of those is limited, and actually dwindling for the next few years,’ Ward says. ‘In my own department, our research to teaching income ratio used to be 50:50; now it is around 35:65. Teaching loads for staff are up accordingly.’

Alison Rodger, head of the chemistry department at the University of Warwick, UK, has also noticed staff workload increasing over the past five years. ‘On average, it takes more applications to get the same level of funding, and younger people are finding there is no slack in the system [for funders] to take a risk with them. If the success rate is down, then there is more time spent in writing proposals and less time on doing research.’ Rodger worries about the personal price researchers pay. ‘It is a really challenging environment to be in, and the work–life balance of individuals is suffering,’ she says. 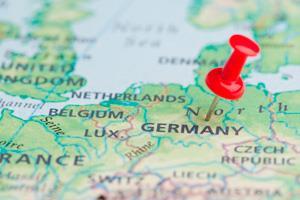 Falling funding has not been felt equally across all departments. So, for example, while Bristol’s chemistry department did well in the last round of CDT funding, other departments have been squeezed. While large, well-established departments may have managed reasonably well in the flat-cash environment, other, smaller departments have found life harder. One head of chemistry, who wished to remain anonymous, has seen four staff go overseas and attributes this to the uncertain financial climate. His biggest worry is retaining staff. ‘Research funding nationally is massively down compared with other countries, particularly Germany, and we just can’t compete.’

Emma Raven, head of the chemistry department at the University of Leicester, UK, has also noticed more UK chemists moving abroad, particularly to Germany. ‘Germany is streets ahead in terms of funding in most areas, and some researchers are voting with their feet. It’s not exactly an exodus, more like a slow dribble.’

Flat cash is bound to translate into a measureable cut and puts pressure on institutions with high commitments to expensive science,’ says Raven, in part because of large increases in consumables and salary costs over the past few years.

Overall, morale among the scientific community in the UK is low, remarks Jenny Rohn, chair of the campaign group Science is Vital. ‘Students and younger scientists are picking up on the uncertainty, and often speak to me about leaving the country to do research, or leaving a research career altogether.’ 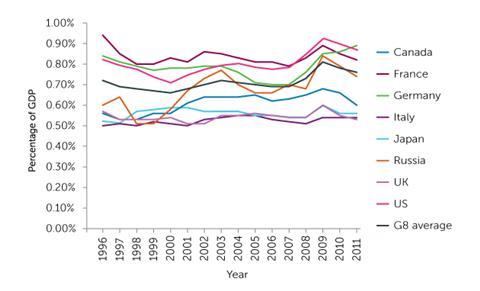 International public spending on science as a percentage of GDP. Source: UNESCO Institute for Statistics/Scienceogram

UK investment in publicly funded research dropped to less than 0.5% of GDP in 2012 – its lowest point in over two decades, the least spent by any of the G8 group of countries in terms of government support for science. In fact, the UK fares badly in comparison to every major group of countries in the world, putting it behind averages for the OECD (0.71%), the Eurozone (0.73%) and all 28 member states of the EU (0.67%). Despite this, the latest Times Higher Education rankings showed that the UK boasts nearly one in 10 of the top 800 universities worldwide, with three in the top 10.

The scientific community is now awaiting the next spending review with apprehension. Another period of flat cash would be bad news, states Rohn. ‘No country wanting to excel at science and engineering could make do with that sort of sustained starvation.’ If current policy continues, inflation will continue to erode science funding in real terms, giving rise to a 7% shortfall by the end of the current parliament in 2019–20, according to Scienceogram.

‘A cut to the science budget could be disastrous for our research standing and our economic strength,’ said Robert Parker, chief executive of the Royal Society of Chemistry. ‘Further reductions would damage our ability to perform science. We are making the case for real-terms protection of the science budget for the remainder of this parliament.’

‘Another flat cash settlement would be, in effect, a cut, inflicting more uncertainty and whittling away at the research base,’ says Raven. ‘The future in the UK looks challenging, so it could be a bumpy ride. Science costs money, but weak science will, in the long term, be even more expensive.’

For its part the EPSRC has said that it ‘is working with the other research councils and BIS [Department for Business, Innovation & Skills] to secure the best possible settlement for science against difficult fiscal constraints’. The research council said it has also been making the economic case for science to the Treasury.

Flanagan thinks that the system can’t cope with a further five years or even two or three of flat cash. ‘The downside of our highly efficient – in terms of output and scientific impact per pound of input – science system is that it is highly geared. Any effective reduction in funding is almost bound to cause damage to the fabric of the system.’

If flat cash would be bad news, cuts would be disastrous, Rohn adds. Cuts of up to 40% are being modelled and would make it nearly impossible for many people to carry out research, she says. ‘Many labs would close and many talented scientists would take their expertise and knowhow abroad,’ she says. ‘Industries reliant on good scientific output and scientifically trained people who might have been thinking of investing in the UK would pull out, and those already based in the UK would consider leaving it. Overall, our economy would suffer.’

Apart from funding issues, many scientists are concerned about possible changes to how science is funded. In a recent speech to Universities UK, science minister Jo Johnson said that while he remained committed to the ‘principle’ of the dual-funding support system, he wanted to see a ‘simpler system’ for allocating resources. Presently, the Higher Education Funding Council for England (Hefce) provides annual funding for English institutions in the form of a block grant, while the research councils and others provide grants for specific projects and programmes. Johnson also asked Hefce to delay publication of its planned consultation on the next Research Excellence Framework (REF) until after the spending review. This has heightened speculation that the future of REF and Hefce hangs in the balance.

‘A cut to the science budget could be disastrous for our research standing and our economic strength,’ said Robert Parker, chief executive of the Royal Society of Chemistry. ‘Further reductions would damage our ability to perform science. We are making the case for real-terms protection of the science budget for the remainder of this parliament.’

Ward agrees. If research funding is cut further the temptation will be to impose top-down control of which areas are prioritised for funding, he says, and those decisions are not made by scientists. ‘It’s an old argument but remains true that the best science comes from unexpected observations or discoveries that could not have been planned for. Fundamental research will suffer most and funding will be concentrated on areas where the benefits are already obvious.’ He predicts that a further erosion of research income in most university departments will mean a greater shift towards teaching, at a time when the number of teenagers who will celebrate their eighteenth birthday over the next five years will decline. ‘There will be enormous pressure on other funding agencies such as the EU, Leverhulme Trust, Wellcome Trust and so on, so success rates there will also nosedive. Weaker departments will close.’