US Chemical Safety Board controversy continues

The CSB is facing more tumult, with staff shake-ups and new revelations about its top lawyer 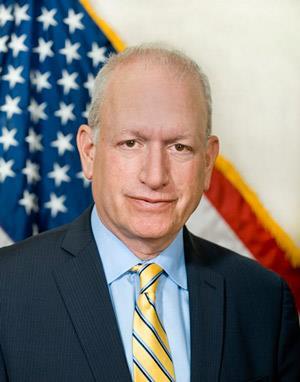 Rick Engler has been granted temporary administrative authority for the CSB

Recent events have highlighted the dysfunction and discord within the US Chemical Safety Board (CSB), the independent federal agency charged with investigating serious industrial chemical accidents.

The CSB, whose members are appointed by the President and confirmed by the Senate, has faced tumultuous times, especially over the last year. The drama culminated in the resignation of its chairman, Rafael Moure-Eraso, in March amid allegations of general mismanagement and use of private email for official board business to circumvent the system. When the White House asked Moure-Eraso to leave under growing pressure from Congress, it appeared that the controversy would die down.

But earlier this month, shortly after CSB board member Rick Englerwas granted temporary administrative authority for the board, CSB’s managing director Daniel Horowitz and general counsel Richard Loeb were suddenly placed on administrative leave. At the time, the CSB said it wouldn’t comment on ‘internal personnel matters,’ but the tumult has since grown.

In Loeb’s absence, Raymond Porfiri – who has worked at CSB for about 16 years and is the CSB’s deputy general counsel – has been left as CSB’s top lawyer and the head of its legal department. However, evidence has now come to light that Porfiri is actively suing the agency.

Porfiri’s October 2014 lawsuit against the CSB alleges various incidents of discrimination and failure to accommodate his injuries that resulted from an April 2011 accident at his home. Among other things, Porfiri’s suit is seeking up to $300,000 (£191,000) in compensation for damages, according to documents released by the non-profit Public Employees for Environmental Responsibility (PEER).

There is a conflict because Porfiri is currently supervising the CSB attorney who is defending the agency against his own lawsuit, according to PEER. In addition, the organisation claims that Porfiri is pressing for settlement now, before the motion is decided.

However, Engler maintains that there is no conflict. ‘There is a firewall between Porfiri and his own legal action against the agency,’ he tells Chemistry World. ‘He has had, and will continue to have, nothing to do with handling his own claim against the board,’ Engler adds. He says the CSB is represented by a federal attorney in this matter, so Porfiri has no involvement in his own litigation. Furthermore, Engler denies that Porfiri is supervising the person who is managing his case against the CSB.

Porfiri’s job has not specifically changed, and it could have been perceived as discrimination due to his pending lawsuit had Porfiri not been made use of during Loeb’s absence, according to the CSB.

Meanwhile, another announcement about a further staff reorganisation at the board is expected imminently. ‘We are trying to stabilise the agency – we are doing our best to focus on mission,’ Engler states. ‘This agency has a backlog of long overdue reports, and by all objective surveys, it has extremely low morale.’

At the same time, several congressional committees have been calling for reforms to the CSB and its governance, including the House Government Oversight and Reform Committee, the House Energy and Commerce Committee, and the Senate Environment and Public Works Committee.

In addition, the CSB notes that the Senate Appropriations Committee ‘sent the CSB an unmistakable message’ in June by slashing $300,000 from the board’s proposed budget of $11 million in fiscal year 2016. The appropriators cited issues related to the board’s records management, contracting, personnel management and lack of credibility, the CSB says.

President Obama had originally requested that the CSB receive a 10% increase in funding to $12.27 million in FY2016.