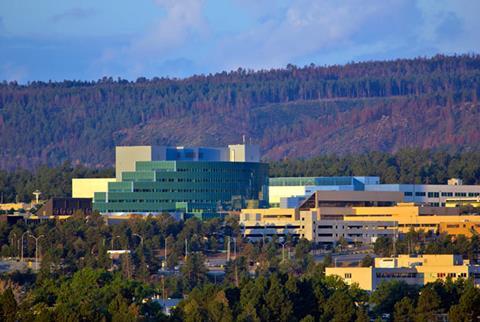 The US Department of Energy (DoE) has uncovered a number of safety failings at one of the country’s leading nuclear research facilities in a recent audit. It appears the laboratory has failed to act on a number of the DoE’s concerns and, in one particular case, demonstrated ‘noncompliance’ with safety control rules.

The latest safety audit of the Los Alamos National Laboratory (LANL), which conducts maintenance and support for the US’s nuclear weapons arsenal, forms part of an extensive DoE investigation that was first started in 2010. The department’s initial report in 2010 found that safety assessments had not been acted upon or resolved and there had been avoidable safety breaches. In one particular case, three Los Alamos employees were contaminated at the site’s Neutron Science Centre and not adequately monitored after the accident, resulting in ‘contamination being released outside the radiological control area’, according to the 2010 report.

According to the DoE’s most recent audit, carried out by the Office of Inspector General, the lab had not updated safety documents adequately for their tritium and plutonium research facilities. The Weapons Engineering Tritium Facility (WETF), set up to package, analyse and mix tritium gas, has been closed for four years now due to a number of safety concerns including the maintenance of the facility’s oxygen monitoring systems, which are there to help to prevent an explosion in the lab.

The report follows on from a number of controversies that have blighted the lab in recent years. In 2000, Los Alamos reported that hard drives containing sensitive weapons data had been lost – a trend that continued, with more computers and classified materials reportedly going missing from the site or being lost by employees.

In response to these security breaches, along with irregularities in the lab’s financial auditing, the DoE put the management of the site up for competitive bids, only for previous management, the University of California, to secure the bid in 2005. The site is now managed by the private company Los Alamos National Security.

A further scandal erupted in 2007, as security concerns at LANL were addressed at a series of US Congress hearings, with Bart Stupak, the committee’s chair, referring to Los Alamos as having a ‘laissez faire’ attitude to ongoing security issues.

In the latest report, the inspector general, Gregory Friedman, noted that the National Nuclear Security Administration (NNAS), an agency within the DoE who oversee Los Alamos’ activities, presented 453 safety comments to LANL in April 2013, 412 of which needed to be addressed within 180 days. As of February 2015, no response had been made by Los Alamos on these issues.

When contacted by Chemistry World, the Office of Inspector General said in a statement: ‘DoE/NNSA have performed reviews on the LANL Safety Basis Program and have found the delays and resolving deficiencies unsatisfactory.’

In response to the DoE report, LANL are now conducting a management review and intend to restart operations at WETF by the end of 2015.