US moves to make kratom plant and bioactives illegal 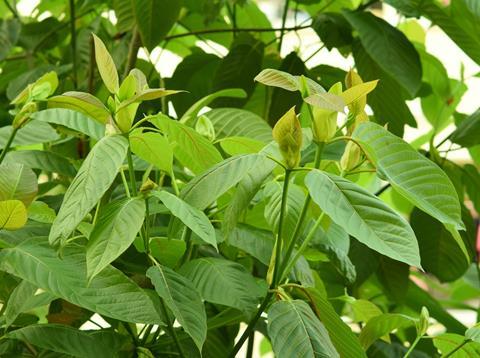 The US Drug Enforcement Administration (DEA) has announced its intention to designate the Asian plant kratom (Mitragyna speciose) and its main bioactive constituents – opioids mitragynine and 7-hydroxymitragynine – as illegal narcotics. The temporary rescheduling of kratom, which has been used to manage opioid withdrawal and to treat chronic pain, will occur as soon as the end of the month.

Making kratom a so-called ‘schedule I’ substance would place the plant and its key components in the same category as heroin and LSD, which are defined in the US as having no currently accepted medical use and a high potential for abuse.

‘This is the first step, it is a temporary emergency scheduling process where the DEA can unilaterally temporarily control something for two years,’ explains DEA spokesperson Barbara Carreno. She says the US Department of Health and Human Services will conduct more research on kratom and submit recommendations to the DEA within two years as to whether the substance should be illegal, or what scheduling would be appropriate for the plant.

Kratom has been marketed as a legal alternative to controlled substances. It has been mixed with the compound O-desmethyltramadol – a molecule with painkilling effects – and sold as ‘Krypton,’ which has been linked with overdose deaths. There were 15 kratom-related deaths between 2014 and 2016.

The ban has already met with significant opposition. A WhiteHouse.gov petition urges the Obama administration to halt the rescheduling and has attracted over 133,000 signatures.

The European Monitoring Centre for Drugs and Drug Addiction (EMCDDA), a Portugal-based EU agency, says kratom has a stimulating effect at low doses, but it can have a sedative effect at higher doses. The plant is currently legal in Europe.