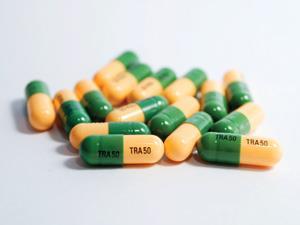 Simon Cotton introduces the painkiller tramadol – could this be the next banned drug in competitive cycling?

Get on your bike this week with Simon Cotton, to explore how chemistry could aid your performance, legally.

Tramadol has been in the news, for more than one reason.

Apart from being a leisure pursuit, or even a way of getting to work, cycling is a big sport these days. Olympic medals over the past 20 years, notably for Chris Hoy and Victoria Pendleton, followed by the success of Bradley Wiggins and Chris Froome in becoming the first British winners of the Tour de France, have raised its profile enormously. But cycling has a back-catalogue of drug abuse going back to the amphetamines used in the 60s (just think of poor Tom Simpson) to the steroids, EPO and other performance aids that fuelled astonishing performance levels throughout the 90s and onwards. We all wanted to believe in Lance Armstrong’s astonishing achievements, but sadly he has admitted to abusing most of these illegal aids to performance. And now we have a new culprit in the cross-hairs. 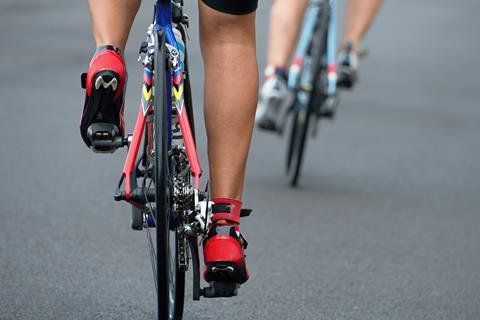 The recently retired professional cyclist Michael Barry has said that while he was a member of the Sky team he took tramadol to help deaden pain and so improve his performance slightly. Tramadol is a legal painkiller, working at a slightly lower level than morphine. You wouldn’t take it for a headache, paracetamol is appropriate there – tramadol is for moderate to severe pain.

‘When I crashed and broke ribs on the second day of the Tour de France, I took tramadol to alleviate the pain. The drug made me feel slightly euphoric. It made my legs feel painless. I could push harder than normal. It was as performance enhancing as any banned drug I had taken, but with a major difference: it was legal.’

Like all strong painkillers, tramadol is liable to abuse

The concern has been expressed that tramadol can have side effects such as dizziness and drowsiness, and this could cause the user to crash, endangering other members of the peloton, not just the person taking it. Team Sky says that they do not allow its use by members of the team. Chris Froome has said that he does not use tramadol, in fact he takes no painkillers or stimulants while training or racing. Team Sky has suggested that WADA, the World Anti-Doping Agency, outlaw tramadol. At present WADA test for its use in competition simply, ‘in order to detect patterns of misuse in sport’.

Tramadol was developed fifty years ago by the German pharmaceutical company Grünenthal, and has been on the market, under a variety of trade names, since 1977. In America it is known as Ultram and in the UK as Zydol.

In the body it is converted by enzymes in the liver into a compound with a similar structure called O-desmethyltramadol, which is the molecule mainly responsible for the painkilling effects – just as in the body codeine is partly converted to morphine. One consequence of that is the effectiveness of tramadol as a drug depends on your liver. About 1 in 20 people with a Caucasian background have livers which metabolise tramadol less effectively, so they need to take a slightly higher dose. On the other hand a few people metabolise tramadol rather quickly, so they run the risk of excessive levels of the stimulant molecule noradrenaline, which in extreme cases could be fatal.

Like all strong painkillers, tramadol is liable to abuse. It is a prescription only medicine, but annual deaths from taking tramadol in the UK have risen from 1 in 1996 to 175 in 2012, doubling over the preceding four years. Other parts of the world have a greater tramadol problem, with its abuse a real concern in Egypt and Gaza. Nearly a third of young males in Gaza use it.

People selling legal highs sometimes offer O-desmethyltramadol mixed in with an Asian plant known as Kratom, selling this mixture under the name of Krypton – which does not mean the noble gas. Krypton does not seem to be a very safe drug – several fatalities have been linked with its use, notably in Sweden. Tramadol inhibits the reuptake of the neurotransmitters serotonin and norepinephrine, thus there are reports of seizures when it is taken at the same time as antidepressants like Prozac, though the main problem is with monoamine oxidase inhibitors.

The most frequent side effects of taking tramadol are dizziness and drowsiness, but they vary from one person to another. One 74-year-old man in the advanced stages of cancer was prescribed tramadol, and started to experience auditory hallucinations: ‘two voices singing, accompanied by an accordion and a banjo, singing songs, songs by Josef Locke – old songs’.

Birmingham University’s Simon Cotton there, relieving our pain with the chemistry of tramadol. Next week, the dangers of abusing information.

Research chemists routinely present their latest findings at conferences and in papers and patents. This information exchange plays a vital role in progressing scientific research. However the information is occasionally misused by clandestine chemists to manufacture a seemingly endless variety of designer synthetic drugs.

And Nina Notman reveals an example of this in next week’s Chemistry in its Element. Until then, thanks for listening, I’m Meera Senthilingam.