US reinstates Superfund taxes to clean up 1300 contaminated sites

The US government is reviving two long-expired excise taxes on 42 chemicals, and substances made from them. The expected $14.4 billion (£12 billion) in revenue will help fund decontamination of more than 1300 polluted sites in the US. 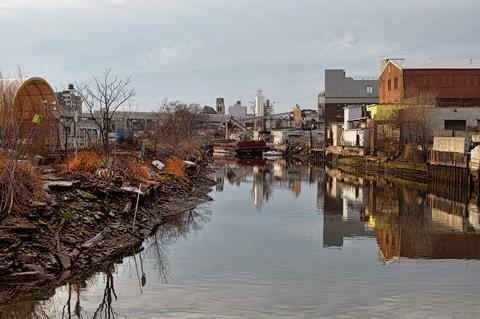 There are thousands of sites requiring cleanup across the US, including 1300 deemed national priorities

The ‘Superfund’ taxes, which come into effect on 1 July, are poised to revitalise cleanup efforts that have trickled to a near-halt over the past years as money to fund them has run out.

Originally created by the Comprehensive Environmental Response, Compensation, and Liability Act in 1980, the Superfund imposes a tax on any company manufacturing, producing or importing listed chemicals, based on the amount produced or imported.

The money collected feeds into a trust that the US Environmental Protection Agency (EPA) uses to offset the high prices involved in cleaning up uncontrolled or abandoned hazardous waste sites. There are an estimated 44,000 such sites in the US, of which 1300 are on the national priority list.

The levy previously lapsed in 1995, when Congress voted against renewing it. It was reinstated under the Infrastructure Investment and Jobs Act, which president Joe Biden signed into law on 15 November. If not renewed, the current provisions will expire at the end of December 2031.

During the 27 years since the fund’s termination, cleanup operations have almost ground to a halt. The Superfund trust reached its peak of $4.7 billion at the start of the fiscal year 1997, shortly after the tax expired. Since then, it has been declining.

The money for the limited cleanup done since 1995 has mostly come from US taxpayers, according to findings by the US Government Accountability Office. But federal contributions to the Superfund programme have decreased from approximately $2.3 billion in 1999 to less than $1.2 billion in 2020.

Chemical companies argue that they have stepped up at sites where the EPA has identified responsibility. But campaigners say that’s not always the case. ‘There’s always good actors in every industry, but that doesn’t negate the fact there’s also bad actors,’ says Emily Rogers from the US Public Interest Research Group (PIRG). ‘This tax ensures we have a safety net for those communities affected [by hazardous waste sites] and making sure that humans are protected from these toxic chemicals.’

While reinstating the Superfund taxes is a ‘great step in the right direction’, Rogers says the $14.4 billion they are expected to generate over the next decade will not be enough to clean up the 1300 sites on the national priority list.

The group is campaigning to reinstate a Superfund tax on the petroleum industry, which was removed fromf the Jobs Act package during congressional negotiations. PIRG also wants to ensure the levy is not allowed to lapse again, as it did in 1995, Rogers says.

Industry representatives, however, consider the taxes a confusing and unwelcomed burden. The American Chemistry Council (ACC) estimated the levy will impose a $1.2 billion per year cost on companies, and lead to potential shutdowns for 44 plants producing substances covered by the taxes, as they will become unprofitable.

The National Association of Chemical Distributors (NACD) says costs will inevitably find their way to consumer products. Analysis commissioned by the trade body found the taxes will lead to over $230 million in cost increases for chemicals sold through distributors. The additional cost to purchasers will total more than $814 million, leading to higher prices, 1.5 million tons of reduced chemical sales, and lost jobs, it claims.

‘Reinstatement of the Superfund chemical tax couldn’t come at a worse time, as US businesses and consumers grapple with supply chain shortages and skyrocketing inflation,’ Eric Byer, NACD president, tells Chemistry World. ’Furthermore, a lack of guidance is creating confusion and operational challenges as businesses seek to comply with new, undefined processes under a compressed timeframe,’ Byer adds.

The 42 ‘taxable chemicals’ affected by the tax include various hydrocarbons. Any manufacturer, producer, or importer that sells or uses them must pay a tax of $0.48 to $9.47 per short ton (2000lb), depending on the chemical.

The levy also applies to imports of derivatives of the taxable chemicals. This category – which was not included in the 1980 law – affects around 150 substances, but the list is expected to evolve over time. The applicable levies depend on the amount of taxable chemicals used to produce each tonne of the substance – varying from $1.49 for ammonium nitrate to £23.65 for methyl isobutyl ketone.

Rogers, however, says the provisions will encourage more responsible practice. ‘Sure, some of the companies that are most worried about how to implement this weren’t around then the tax was originally in place,’ she says. ‘But there is ample evidence that it is possible to put this tax in place and remain profitable businesses. Just because it’s going to be hard, doesn’t mean we shouldn’t do it.’