Experts concerned by vague definitions and effect on neuroscience research 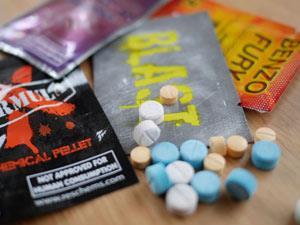 In recent years, many new 'legal highs' have made it on to the market

Some legal experts and scientists are warning that a proposed blanket ban on so-called ‘legal highs’ won’t tackle the problem and may well hold back research into areas such as neuroscience. However, the proposal seems unlikely to have any unintended effect on chemistry researchers who work with or produce compounds that are psychoactive – provided they do not enter human trials.

The House of Lords is due to discuss the government’s proposals for a new UK law to control new psychoactive substances (NPS) on 9 June. The bill has the stated aim of clamping down on NPS that are unregulated and potentially unsafe, but perfectly legal to sell.

The Psychoactive Substances Bill will prohibit the production, distribution, sale and supply of NPS. NPS are defined as substances capable of producing a psychoactive effect that are intended for human consumption. Alcohol, tobacco, caffeine, food, medical products and already restricted drugs will be exempt. Selling nitrous oxide, colloquially known as laughing gas, for human use will be banned, for instance, but not for other uses such as food processing. The bill is part of an attempt to rein in the recent explosion of NPS, such as synthetic cannabinoids. In the past, the government has attempted to ban such substances on a case-by-case basis, but new compounds are being released so rapidly that legislation cannot keep up.

But legal experts have criticised the bill’s vague definitions and unclear exemptions. Rudi Fortson QC, independent practising barrister and visiting professor of law at Queen Mary, University of London, doubts the bill will get through parliament in its present state, and adds that ‘there are a number of aspects that need attention’. For example, he points out that, in the absence of human or animal testing, a major hurdle in securing convictions may be proving that a substance is psychoactive. And the burden of proof will no doubt lie with the prosecutors, he adds.

Fortson suspects that many NPS are imported and probably not detected, so will slip through the net anyway. ‘The bill may result in the closure of most, if not all, retail shops, but, although the government’s grief may be alleviated by what it no longer sees, the lurking truth might be considerably more unpleasant.’

Amanda Feilding, director of the Beckley Foundation which carries out research into psychoactive drugs and campaigns for evidence-based drug policy reform, agrees that the new ban will not curb the use of NPS. ‘Whilst it will prevent the high street sales, it will push the market underground leading to less certainty in the quality of the drugs people will consume,’ she says. ‘Online sales are a rapidly expanding market, and so is the development of the sale of illicit drugs in “cryptomarkets” which are only accessible by encrypted software.’

Some question whether there a need for this bill at all. ‘Currently, legal highs kill virtually no-one in Europe, particularly in countries like Holland where they have a good education and drug testing,’ says David Nutt, professor of neuropsychopharmacology at Imperial College, UK. ‘So the dangerous drugs are banned and the legal highs are safe, so why drive everything underground?’

Some are more supportive of the bill, however. Ric Treble, scientific adviser of the forensic division at analytical firm LGC, says a fresh approach is needed. ‘The UK has one of the most stringent approaches to NPS in the world and, despite all our best efforts, products are still coming onto the market,’ he says. ‘To date, we have tried to draft broad controls based on chemistry. But we always tend to be a little bit behind the curve. [Manufacturers] continue to design drugs often involving multiple chemicals that get around our controls.’

Another issue of concern is that a blanket ban would significantly hamper UK pharmaceutical research into brain disorder treatments. Researchers will be unable to study the effects of psychoactive substances through clinical trials without government licences, says Feilding. Similarly, developing new substances for treating psychiatric conditions will be subject to some form of restrictions. If more restrictions and barriers are put up, she says research into psychedelics will look less and less attractive to researchers and institutions, and obstruct ‘finding new potential treatments for many medical and psychological problems’.

Additionally, Nutt fears that if supplying a psychoactive substance becomes a crime then chemical suppliers may stop selling these agents in the UK, and this could impair mainstream chemical research, too.

However, Treble has considered the bill from the perspective of chemistry researchers who might want to use a psychoactive agent in their work, for example as a solvent or adhesive. Chemists should be able to invoke the clause ‘intended for human use or consumption’ and this should let them off the hook, he says.

Duncan Sleigh of chemical supplier Sigma-Aldrich agrees the bill will have little impact on access to chemicals, with the exception of researchers wanting to study the effects of psychoactive compounds on people. ‘We traditionally sell substances for lab use. The ban is on substances sold for human use or consumption, and this does not apply to us.’

In fact, Sleigh believes that, in the long-term, the bill could benefit industry and researchers. He notes that more and more compounds have been added to the government’s list of banned substances and that the pace of prohibition has accelerated in recent year. ‘These will often be a very general family of chemical structures,’ he says. Scientists wanting one of these substances for research face very high, often prohibitive, licence costs. He hopes the new bill will slow down the rate at which new substances are controlled under the Misuse of Drugs Act 1971 as a chemical banned under the new bill should not be banned for research.