We ask, does graphene live up to the hype, and discuss injectable electronics that unfold in the brain

0.38 – The Royal Society of Chemistry has been working on the Public attitudes to chemistry study with leading social research company TNS BMRB. The results, published this month, may surprise many chemists. It turns out that the public doesn’t hate you after all – they simply have no idea who you are, or what you do.– Getting to know you

2.35 – Science policy experts have called for urgent measures to be put in place to prevent strains of yeast that are capable of producing opiate drugs from falling into the hands of criminals. The prospect of ‘home-brewed heroin’ has been raised after new research describes how a key enzyme in the pathway from glucose to morphine and other opiates has for the first time been successfully expressed in yeast. The finding means that the complete biosynthetic pathway for the family of compounds that includes codeine and morphine is close to being achieved in yeast. However, opinion on the potential dangers to society of the new technology is divided, with other experts suggesting that there are unlikely to be major problems. – Opiate-producing yeast raises spectre of ‘home-brewed heroin’

4.20 – Some legal experts and scientists are warning that a proposed blanket ban on so-called ‘legal highs’ won’t tackle the problem and may well hold back research into areas such as neuroscience. However, the proposal seems unlikely to have any unintended effect on chemistry researchers who work with or produce compounds that are psychoactive – provided they do not enter human trials. – Warnings that proposed UK blanket ban on ‘legal highs’ casts net too wide 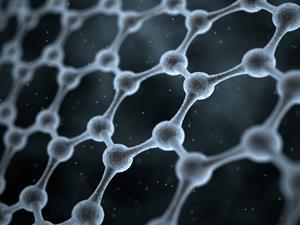 6.40 – The wonder material. It’s just one atom thick but 200 times stronger than steel; extremely conductive but see-through and flexible. Graphene has shot to fame since its discovery in 2004 by UK-based researchers Andre Geim and Konstantin Novoselov, for which the University of Manchester pair were awarded the 2010 Nobel prize in physics. We ask Andrea Ferrari if it is delivering on the high expectations placed upon it – Graphene beyond the hype

12.35 – A method that reduces friction between two surfaces to almost zero on macroscopic scales has been demonstrated by US researchers. The phenomenon combines nanodiamonds with sheets of graphene, which curl around the nanodiamonds to form ‘nanoscrolls’ that lubricate the two surfaces. As friction wastes so much energy in all sorts of mechanical devices this discovery has huge potential to save both energy and money. – Graphene-wrapped diamond ball bearings cut friction to virtually nothing

15.00 – Organic synthesis is often heralded as more art than science. An organic chemist’s eye for complexity, breaking down structures into simpler forms, is honed and nurtured over decades. But, is it possible to take this seemingly intangible skill and quantify it, putting a simple number on how complex a chemical structure actually is?  – Organic chemistry’s complexity conundrum

17.53 – Chemistry World entrepreneur of the year Ray Fisher has spent his career creating jobs for chemists. We ask him for his views on where big pharma is headed – The peak of success

23.18 – An electrochemical sensor that can detect specific mutant nucleic acids from cancers in blood samples could allow quick and cheap ‘liquid biopsies’. Developed by scientists in Canada, the sensor could make it easier to find out which treatments are most suitable for a particular patient’s cancer, and may help with initial diagnosis and treatment monitoring. The research could help deliver on the promise of personalised medicine, allowing cancer patients to have their treatment tailored to their tumour. – Simple sensor can spot cancer markers in minutes

26.06 – Flexible electronics have been created that unfold once injected into a biological tissue such as the brain. The US team behind this invention were able to use the mesh electronics to map brain activity in rodents paving the way for similar tests in humans. The work could lead to a new generation of biomedical and implantable electronics that can be easily introduced without damaging surrounding tissue. – Injectable electronics unfold to monitor brain activity