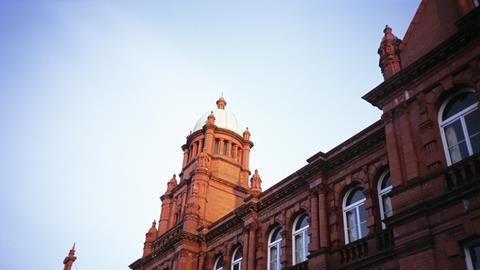 How will students, academics and universities be affected?

The Higher Education and Research Act became law on 27 April, after a lengthy negotiation process between the House of Commons and the House of Lords. The legislation makes drastic changes to the way universities are regulated and funded, representing the biggest shake-up of the higher education sector for 25 years.

The biggest reforms for 25 years? Sounds pretty big. What exactly is changing?

For one thing the seven research councils are merging. The EPSRC, BBSRC, MRC, NERC, AHRC, STFC and ESRC will be brought together under a new all-powerful umbrella body called UK Research and Innovation (UKRI), together with Innovate UK and Research England (which is essentially the re-named Higher Education Funding Council for England, perhaps better known by its acronym Hefce).

This move was suggested a couple of years ago in a review of research councils by Royal Society president Paul Nurse. The idea behind it is to cut bureaucracy and more effectively manage interdisciplinary research. UKRI will be run by a central government-appointed board overseen by former chief scientific adviser Mark Walport, and support staff who will gradually bring functions across the research councils under central management, allowing staff levels within individual councils to be reduced by 17% in line with 2020 targets.

What does that mean for funding?

The seven research councils and Innovate UK will keep their own identity and areas for funding responsibility. Teaching and infrastructure funding currently dished out by Hefce will now be managed by Research England. But UKRI will have power over cross-cutting interdisciplinary funds such as the Global Challenges Research Fund, whose budget is due to increase rapidly year-on-year from £38 million this year to £122 million in 2018–19, £216 million in 2019–20 and £315 million in 2020–21

UKRI will also skim some cash off each council’s overall budget to create a fund for interdisciplinary work. Innovate UK will continue to give out funds in competitive rounds, much as it already does. But it is hoped that bringing it into UKRI alongside the funding councils will strengthen links between basic research and commercialisation.

Will researchers actually notice any of these high-level changes?

It’s difficult to say at this stage. Individual research councils such as the EPSRC will continue to award grants for research which falls within their areas. The creation of a central interdisciplinary research fund may make it easier to get grants for projects that incorporate subject areas which would traditionally be funded by different research councils.

Ok so there’s that. Any other big changes?

The Office for Students – a regulatory body for universities – will be set up in 2018.

The OfS will maintain a register of higher education providers – bringing publicly funded and alternative, independent higher education providers together under one regulatory framework. The OfS will be responsible for vetting the quality of new providers, meaning they will have the power to bestow the title of university and degree-awarding powers. And to take them away from existing universities, if it deems they are not fulfilling certain conditions. The OfS will have to take guidance on study courses from government ministers, although the act also says this guidance must not be used to advise on the content of individual courses and how they are taught, and shouldn’t be used to try and stop or encourage the provision of certain courses.

The government says all this will give students more choice, but it it’s fair to say the changes are pretty unpopular with academics. Some have expressed concern that it undermines the independence of universities.

Sounds contentious – what if those private providers value profit more than quality?

This was a sticking point while the draft bill was being argued over by MPs and Lords, with the Lords arguing strongly to introduce more specific criteria into the legislation for defining a university. But that suggestion was rejected in the end. The government did, however, agree that OfS decisions on quality should have to be approved by an independent body that will set the standards. This is likely to end up being the Quality Assurance Agency, which already regulates alternative providers.

Some say this doesn’t go far enough – the University and College Union has been vocal on this. They warn that the government is aiming to ‘marketise the sector’ in the long term, to the detriment of universities. How it all is going to work out in practice remains to be seen.

Are there any parts of the bill that are popular with academics?

Unsurprisingly, it depends on who you talk to. You can find many different viewpoints in the academic community but there was a feeling that reforms were needed. Most were pleased that the bill got passed at all. If it hadn’t passed before the countdown triggered when the general election was called then the whole process would have had to start again. One clause in the bill that seems to have been universally popular – particularly in the sciences – was enshrining the Haldane Principle in law. The Haldane Principle has its roots in a report written all the way back in 1918 by Lord Haldane and at its heart is the idea that academics decide which research gets funded – not government.

Will all this affect students?

Definitely – the OfS will also take charge of assessing the quality of existing universities via the exercise known as the Teaching Excellence Framework (Tef). Institutions will be assessed using student satisfaction, retention and graduate employment, among other metrics, and given a ‘gold’, ‘silver’ or ‘bronze’ rating. The first results are due to be released in June.

In the government’s original plans, Tef scores were to be directly related to the tuition fees universities were able to charge – institutions that were found to have ‘met expectations’, for example, would be able to increase their fees at a rate equivalent to 50% of inflation. This idea was deeply unpopular with academics, many of whom argued that the measures included in the Tef were not robust measures of teaching quality. And any increase in fees is unlikely to be welcomed by prospective students.

Because of the backlash, the decision on whether to link Tef to fees – and indeed whether Tef in its current form is fit-for-purpose at all – has now been postponed until 2020, pending an independent review to be carried out by the end of 2019.

Until then, universities will be allowed to increase their fees in line with inflation, which some are doing already. They will also be allowed to charge higher fees for ‘accelerated degrees’ in which courses are taught over a shorter time period.

What WON’T be happening?

International students won’t be excluded from immigration targets, as the Lords argued for during negotiations. This amendment was discarded at the last minute as the government worked to get the bill passed before parliament was dissolved in advance of June’s general election. The OfS must now produce ‘information useful to international students’ as part of responsibilities it will inherit from taking over the Office for Fair Access, the public body tasked with ensuring fair access to higher education in the UK. It has not yet been spelled out what form this information will take, or how it will be distributed.