Wood that can be moulded into complex shapes and sculpted into knives sharper than metal ones has been created by the inventors of bullet-proof and fire-retardant wood.

Despite its environmental sustainability, wood’s relative inflexibility and lack of strength have until now counted against it for many purposes in favor of plastics and metals. But scientists at the University of Maryland in the US have discovered ways to treat hardwood sheets and bulk timber so they can pretty much make whatever you want – nails, knives or honeycomb structures strong enough to support the weight of a car. 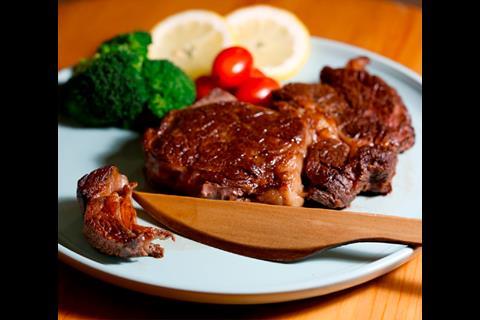 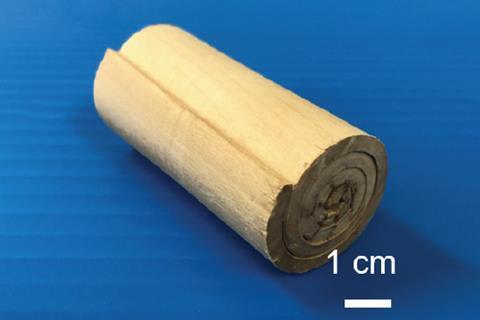 One of the new methods – treating hardwood sheets so that they can be folded into three-dimensional shapes – is as cost-efficient as making the same shapes with plastic or metal, says materials scientist Liangbing Hu from the University of Maryland in the US, who led the study.1 ‘The next step is to make this process even faster.’

The key is first breaking down much of the wood’s lignin and hemicellulose – polymers that gives the cell walls in wood much of their structural strength – and then shrinking its fibers and vessels by evaporating water from them. The material is then partially re-swelled in a very rapid water-shock process, selectively reopening the vessels in the wood and forming wrinkled cell walls that deform like an accordion, allowing the sheet to be folded before they dry.

With this method, the team created wooden honeycomb structures up to six times stronger than the original hardwood because of enhanced hydrogen bond formation between the remaining densely packed cellulose fibres. Hu says the material could have applications in construction, furniture and transportation – wherever lightweight materials such as aluminum alloys are now used.

In a separate study, a team around Hu’s colleague Teng Li created wood with up to three times the strength of steel.2 Making it involves treating bulk wood with sodium hydroxide and sodium sulfite to partially remove its lignin and hemicellulose, compressing it and then drying it in a hot-press. Tests show this material is 23 times harder than raw wood – again from enhanced hydrogen bonding.

‘We show that a [hardened wood] table knife can be made nearly three times sharper than commercial table knives,’ the researchers wrote. The material can also be used to make wooden nails, which work the same as steel nails but don’t rust.

Wood modification scientist Dennis Jones at the Luleå University of Technology in Sweden says the essential processes of making wood foldable, mouldable and harder are well known. But the researchers ‘take it to a new level of severity to gain the properties they report’, he says. ‘This is an extreme form of ongoing work at several sites.’ Moulded wood structures sometimes start to lose their shapes when exposed to moisture, but subsequent oil treatments can help overcome that, he says.