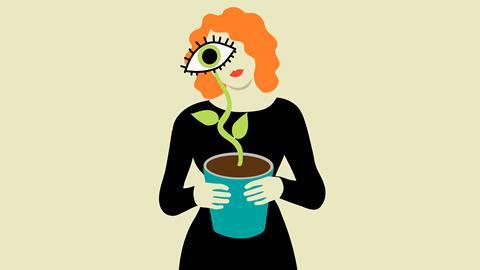 Searching for the (exact) meaning of life

Whether plants are living beings seems like an easy question to answer: yes they are! And while this is not particularly contested, clearly stating what it is about plants that makes them alive – and whether there is one unifying feature to all living things – is far from trivial.

Aristotle expressed this beautifully: ‘Life is found in animals and plants. But in animals it is patent and obvious, whereas in plants it is hidden and not clear. To establish its existence requires considerable research. The question at issue is whether plants have or have not a soul, and a capacity for desire, pain, pleasure, and discrimination.’1

There are many things one could unpack from this quote. One of them is that from very early on philosophers distinguished between plants-as-living-beings and animals-as-living-beings. Both Plato and Aristotle believed that plants are alive in a different sense than animals and humans. Plato classified life into three categories: vegetable life, animal life and rational life. Vegetable life was possessed by all living beings as it only required the ability to reproduce and take in nutrition. Animal life – possessed by animals and humans – additionally required the ability to sense and move. Lastly, rational life could only be possessed by humans as it required beings to have a rational soul. (What he meant by ‘rational soul’ must be left for another occasion!)

As is evident from this schema, plants were admitted as living beings but of an inferior kind to animals and humans, as – at least for Plato – they were created for a purpose; to nurture humans. Plato states in the Timaeus that plants have no beliefs or reason, nor do they perceive or reflect on their experiences. Nevertheless, according to him, they do feel pleasure and pain, and have appetites.2

For Aristotle, what demarcated living from non-living things was that the latter had souls. He too believed that there is a hierarchy of living beings which comes about by the fact that different kinds of beings possess different souls. However, unlike Plato, his view was that plants are alive in that their purpose is to grow to perfection (which again they achieve by nutrition). Based on this, he called plants’ soul ‘nutritive’.

It is hard to argue that these ancient theories stand empirical scrutiny in light of what we know today. Our current biological understanding of plants and of the complexity of their behaviour very much opposes how Aristotle and Plato understood plants as passive, immovable beings. In fact, the way plants develop and respond to their environment has recently been taken as evidence of some form of intelligence.3 One study has even gone so far as arguing that trees communicate, remember, count and form social groups.4

Nevertheless, understanding life today has not become any easier. Specifying the necessary and sufficient conditions for something to be cast as alive is a tricky task. This is because seemingly sensible conditions for life can either exclude certain living beings, or include non-living ones. As contemporary philosopher Carlos Mariscal puts it, ‘Life is organized, but so are geological formations. Life processes energy, but so does fire. Life evolves using complex biochemistry, but so do prions. Life is self-sustaining, but parasites are not. Life is at thermodynamic disequilibrium, but so is much else’.

Perhaps then there is still value in thinking of the ancient accounts on plants and life. First, they teach us that neither intelligence, nor locomotion or even sense-perception are sufficient features for something to be alive. Growing for the fulfilment of some purpose seems to be what matters; a position that is reinforced by the study of evolution today. Of course, this is not particularly surprising given the immense impact of Darwin’s theory to science. In fact, evolution might be the feature that correctly distinguishes living from inanimate things – although evolutionary biology’s focus on how DNA sequences change suggests further issues. If indeed the capacity to evolve is what distinguishes living from non-living beings, then we might have to admit certain arrangements of atoms and molecules as being alive, much the same way as lions, roses and fish are.

A second important lesson we can draw from the ancients has to do with the prejudices we hold against other forms of life. The hierarchical view developed by Plato and Aristotle, though cast in archaic terms, reflects a persisting image of man as superior to other living beings. This has led to the acceptance of a moral framework which makes it permissible to not only use other beings for sustenance, but also to exploit those beings for purposes that go far beyond our bodily survival. Challenging, or at least realising the context in which we position ourselves relative to those beings can fundamentally reframe the ethical implications of how we relate to them, and change what we regard as permissible behaviour towards nature.

In conclusion, regardless of how we categorise life today, it is still uncontested that plants are living beings. And the sense in which something is alive can be very much informed by the abstract, creative and imaginative ideas of the ancients.

4 P Wohlleben, The hidden life of trees: What they feel, how they communicate—Discoveries from a secret world (Vol. 1). Greystone Books, 2016