With summer comes hot weather. And hot weather often brings thunderstorms. As I write this during a record-breaking heatwave in the UK and much of Europe, sadly there’s no sign of a cooling shower or spectacular storm in the forecast. 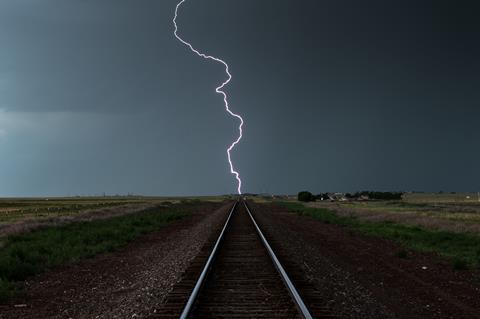 Lightning storms are such a common occurrence that it’s easy to forget what incredible displays of nature’s power they are. As James Mitchell Crow’s feature notes in passing, each 2–3cm wide lightning bolt heats the air to a whopping 30,000°C, unleashing one gigajoule of energy.

All that energy in such a small space has an effect on the molecules present in the air. Stable species such as N2 and O2 are ripped apart and put together as things like NOx and O3. You don’t need to be an expert in atmospheric chemistry to know these can be harmful and cause problems to our health and the environment.

But how do we know what’s going on in and around thunderstorms? As the feature explains, a lot of it is down to the brave scientists and pilots who fly through the storm clouds in a plane kitted out with instruments.

Intense heat and high energy are also what nuclear fusion is trying to produce, albeit in a more contained and controllable way than lightning. Work on a sustained energy-producing nuclear fusion reaction as a source of power has been going on almost as long as we have known how stars are powered. As a result, you don’t need me to tell you either how difficult it is to achieve, or how incredibly worthwhile a goal it is.

But you might well find Kit Chapman’s feature, which goes through the details of two of the main attempts, useful to get you up to speed. And if you’ve got any ideas of materials for the reactor that can answer all of their criteria (resistant to radiation, extreme heat, long-lasting), please let them know. The dream of cheap and clean power has never been more needed.

Science on that kind of multidecade and multibillion scale never fails to impress, and the James Webb Space Telescope certainly ticks all those boxes. The incredible and inspiring images we’ve all been enjoying recently are the culmination of a journey that began over two and a half decades (and billions of dollars) ago. See our story for more.