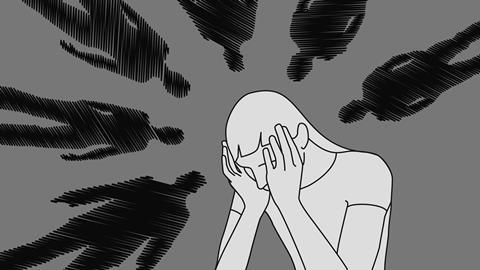 Doctoral students pursuing research careers worldwide face discrimination, bullying, anxiety and depression, according to the results of a new survey by the journal Nature. Despite those negatives, the self-selecting survey – which received more than 6300 responses from PhD students across the globe working in various scientific fields – found that three-quarters of them are happy that they decided to pursue a doctorate, and 71% are happy on the whole.

Nevertheless, 21% of these early career researchers reported being bullied, primarily by supervisors, fellow students and staff. Qualitative findings suggested bullying from supervisors took various forms, including aggressive behaviour, asking them to work outside of their remit or being overly critical.

Mental health issues among PhD students are also apparent from the survey findings, and it appears that being overworked may be a contributor. In fact, 36% of those who participated in the survey said they sought help for anxiety or depression that was caused by their studies. More than three-quarters of those who answered the questionnaire spent at least 41 hours per week on their PhD, and roughly 25% of those surveyed said they worked 51 to 60 hour weeks. Nearly 20% of respondents are also holding down a job on top of their PhD, mostly just to pay their bills.

This is Nature’s fifth biennial survey of PhD students. This year’s includes, for the first time, direct questions about mental health, bullying and harassment. Also, this time the survey was offered not only in English, but in four other languages – Spanish, Chinese, French and Portuguese.

David Payne, managing editor at Springer Nature and Nature’s careers editor, tells Chemistry World that the survey results underscore that mental health issues among graduate students are now ‘depressingly perennial’. ‘There has to be some kind of conversation around the pressures facing PhDs – it is about expectations and the quality of mentoring that people receive.’