Who were the women that first led the way for female professional chemists? Marelene and Geoff Rayner-Canham reveal the story

Who were the women that first led the way for female professional chemists? Marelene and Geoff Rayner-Canham reveal the story

In 2011, the International Year of Chemistry (IYC), we have celebrated the great benefits of chemistry and the inspiring individuals whose research and discoveries have made them possible. With 2011 also marking 100 years since Marie Curie was awarded the Nobel prize in chemistry, the role of women in this story has been deservedly prominent. But not all names are so well known, and as the IYC comes to an end, it is worth remembering two lesser-known women: Martha Whiteley (1866-1956) and Ida Smedley Maclean (1877-1944).

It is unlikely that many will have heard of Whiteley and Smedley Maclean, yet all British women chemists owe them a debt of gratitude. For they spearheaded the campaign for women’s entry into the Chemical Society (Great Britain), the oldest predecessor of the RSC.1

The admission of women to the Chemical Society was first proposed in 1880 by kinetics pioneer and later president of the Chemical Society, Augustus Vernon Harcourt. Harcourt was unsuccessful, however, and the issue languished until 1904, when Whiteley and Smedley Maclean presented a petition on behalf of 19 women chemists for admission to the society. Although it received the support of many of the male members, the petition was rejected. In 1908, to press their case once more, Whiteley and Smedley Maclean then co-authored a letter to the journal Nature, announcing that the number of women chemists seeking immediate admission had increased to 28. Unfortunately, this initiative also failed and it was not until 1919, and almost certainly due to the imminent Sex Disqualification (Removal) Act, that the society finally agreed to admit women. It would seem more than coincidence, however, that the proposer of the final, successful resolution was James Philip, a colleague of Whiteley’s at Imperial College London. Appropriately, Whiteley and Smedley Maclean were among the first women to be admitted.

So who were these pioneers? Born in 1866, Whiteley was educated at Kensington Girls’ School, Royal Holloway College, and the Royal College of Science, London (subsequently part of Imperial College London). Whiteley’s entire career was spent as a staff member at Imperial College London, ultimately being appointed to the post of assistant professor. During the first world war, Whiteley assembled a team of women chemists to synthesise  beta-eucaine, a local anaesthetic. For this work, and her research on lachrymatory gases, Whiteley was awarded an OBE. After the war, Whiteley played a significant role in the compilation of the 12 volume 4th edition of Thorpe’s Dictionary of Applied Chemistry. 2

Smedley Maclean, born in 1877, was educated at King Edward VI High School for Girls, Birmingham, and Newnham College, Cambridge. In 1906, she was appointed assistant lecturer in chemistry at the University of Manchester, becoming the first female member of the faculty. In 1910, she moved to the Lister Institute of Preventative Medicine, London. During her time at these institutions, Smedley Maclean became renowned for her studies on fatty acids, publishing over 50 papers on the topic and identifying the ’essential’ fatty acids, culminating in her monograph, The Metabolism of Fat.3

Whiteley and Smedley Maclean were also committed to supporting other women chemists. In 1925 they initiated the Women Chemists’ Dining Club for the purpose of enabling women chemists to meet and develop friendships - what we would now call networking. The pair were the key organisers of the club over its 28 years of existence. 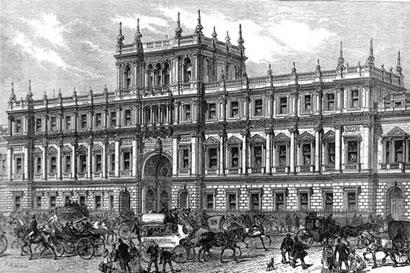 Both Whiteley and Smedley Maclean were recognised as role models for aspiring British women chemists. In 1929, an article on prospects for women in science in the Journal of Careers  described Whiteley as illustrating the academic heights an outstanding woman chemist could attain. Smedley Maclean received similar recognition in the same publication, being identified as a role model biochemist in 1938.

This ’dynamic duo’ led the way for women to become professional chemists in Britain and they are no less relevant role models today.